Akamai Technologies is expanding its service and support center in Costa Rica and has said it will create 150 new jobs in the Central American country by 2015. The Cambridge, Boston-based Internet data delivery firm says the new facility will serve as its primary headquarters for customer support in Latin America.

Akamai currently has more than 2,600 global employees in a total of 36 locations, including  similar centers which serve the Asian Pacific, Europe and Middle Eastern regions. The new center will provide customer care services in local languages and will serve as a ‘critical hub for the Americas at large’, said the company in a press release.

The new office is in the Escazu Corporate Center in San Jose. The U.S. technology firm, which opened operations in Costa Rica in 2012, says it moved to its new location to accommodate what it describes ‘growing employee base in San Jose.’

“From this location in Costa Rica, Akamai will be providing customer service and technical support for clients all over the Americas who are using their highly sophisticated technology platform,” said Gabriela Llobet, Director General of CINDE, Costa’s Rica’s investment promotion agency.

Akamai says it decided to expand in Costa Rica in response to demand for cloud infrastructure services and to tap into the IT spending market in Latin American nations. Specifically, it is seeing demand for its services in Argentina, Brazil, Chile, Colombia, Mexico and Peru.

“Our Costa Rica services and support center is instrumental to the expansion of our customer base in growth markets like Latin America,” said Akamai President Robert Hughes. “We have seen some of our largest growth rates in Internet usage coming from this region. Key to our efforts in Latin America overall is to increase our partnerships and expand our operations to support the market opportunity in segments like e-commerce, media & entertainment and financial services.” 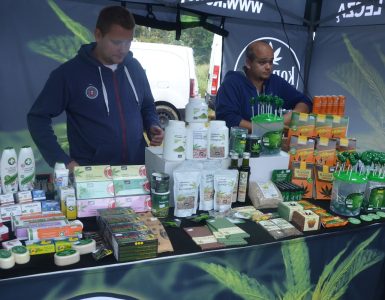