Blockchain Continues to Gobble Up Everything in Latin America

Over the last 20 years or so, the world has been in the grip of a software revolution, paving the way for one of the most disruptive technologies out there: blockchain.

As the region develops at breakneck speed, Latin America is poised to take full advantage of blockchain, with dozens of entrepreneurs and startups already creating world-class solutions that will change the way we use the technology.

The Rise of a Software Revolution

Ever since internet companies arose from the ashes of the dot-com bubble burst in the nineties, almost every industry has been disrupted by software and technical innovations.

In parallel with this phenomena, Bitcoin emerged in 2008, heralding a new way of communicating value through software. The story of Bitcoin adoption started with it being a currency, but that was just the first application of blockchain technology. It became the first time in the human history that we were able to send valuable assets through a connected network without any third-party intervention.

With its mathematical algorithm, Bitcoin, beyond its speculative value for short term investors, is the economic incentive that makes the blockchain work, and is the safest decentralized value transfer network on the planet.

In South America, Bitcoin and the blockchain it is built on caught the attention of early adopters and entrepreneurs in 2012, resulting in the first blockchain startups emerging from the region – a trend that is heating up each and every year.

Startups and the Unbanked Opportunity

Latin America and the Caribbean are well known for their prominent, resilient, and creative entrepreneurs. A bunch of valuable companies, such as MercadoLibre, Globant, and OLX, have grown from within the region, along with newcomers such as Colombian startup Rappi.

The LAC region is not only the land of prominent business; it has an unbanked population of 400,000 people, setting the stage for these startups to leverage blockchain in order to tackle this issue.

Traditional banking still holds a strong monopoly, but, besides a few exceptions, is not always the most innovative industry. There is also a general skepticism over banks due to economic measures taken, such as by the Argentinian or Venezuelan government, for example.

There is good reason for people to not believe in banks.

The memory of corralito – the informal name for the economic measures taken in Argentina that almost completely froze bank accounts and forbade withdrawals from US dollar-denominated accounts – is still fresh in the Argentinian collective memory.

Venezuela is another interesting case. The country’s president, Nicolas Maduro, announced that their sovereign bolivar will be backed by the country’s non-trading cryptocurrency, the Petro, as hyperinflation grows in the country. Inflation and arbitrary economic measures seem to be the norm in the region, making the population is prone to switching back and forth between cryptocurrency and local currency.

Dominant Blockchain Players in the Market

Innovative blockchain-based startups are in the running to seize the opportunities for financial inclusion supported by creative and entrepreneurial ecosystems that have grown along the continent.

Some of the startups leading the sector are Ripio, an Argentinian based peer-to-peer credit network that operates on blockchain and raised US$37 million through an ICO last December, generating a lot of visibility of the crypto community. The startup recently shared a LatAm survey in which they state that users expect blockchain to take over the financial system in a short term.

Another good example is RootStock (now RSK), a smart-contract peer-to-peer platform built on top of the Bitcoin blockchain. Its goal is to add value and functionality to the core Bitcoin network through the implementation of sophisticated smart contracts as a sidechain.

In the field of smart contracts there is another big player: Signatura, a digital signature platform. And another company building infrastructure: ZeppelinOS. All of them are venture backed and have developed strong communities behind them.

In the remittance arena, Mexico’s Bitso and Volabit are gaining ground. Remittances remain a major, if not the largest, source of foreign revenue for Mexico and these startups are clear leaders that are building strong businesses.

In the field of exchanges Buda and OrionX from Chile, and SatoshiTango from Argentina, are some of the startups moving the market. In the space of facilitating Bitcoin payments, we can find Bitex in Argentina and Foxbit in Brazil, the latter of which acquired payment processor BitInvest in 2016 to help reinforce its position in Brazil’s bitcoin market.

Consortiums and public-private initiatives are taking off

One of the major corporations that is throwing its hat into Latin America’s blockchain ring is IBM, which announced US$5.5 million of investments for the first blockchain hub in Latin America, based in Sao Paulo, Brazil. The company expects growth of more than 125% in blockchain solutions in Latin America. The different approaches the company is leading are based on permissioned blockchain networks, a specific network which has an access-control layer built into the blockchain nodes.

Cryptochile is a consortium of enterprises and professionals creating a sandbox for blockchain projects. Most of the incipient consortiums that are being formed in the region are permissioned or semi-permissioned blockchain networks that seek to create a frame of security.

In Argentina, the government represented by Nic.ar and two other nonprofit organizations launched Blockchain Federal Argentina, a public-private consortium of permissioned networks.

Clearly there is interest for big corporations and governments to launch blockchain projects. Nevertheless there is still a veil of mistrust for the public blockchain in the corporate and state-run organizations.

With blockchain causing a regional stir, a mixture of local, regional, and global events are warming up conversations concerning its ongoing development.

Cryptomondays, a networking meetup for crypto lovers, launched its first South American event in Buenos Aires last August. Argentina was also the home of the Blockchain World Congress & Expo  an event that helped deepen the vision of crypto assets and business opportunities with experts on the subject, retail executives, and players in the financial market.

A local initiative, Blockchain Summit appeared this year as a conference that attempts to bring blockchain technology closer to the people, explaining its origin, adoption, and potential in Latin America. The first edition was in March in Santiago, and the next edition will be held in October in Bogotá.

In November, 2018, Mexico City will play host to the Fintech Conference, which will bring together banking and financial industry experts, entrepreneurs, investors, and fintech innovators from all over the world to explore Latin America’s rise in blockchain.

A massive event on cryptocurrency, called C20, will also take place in Buenos Aires in November, while LaBitConf, the most reputable event in the LatAm bitcoin community, will be held in December in Santiago. This event is the longest-running crypto conference, organized by Bitcoin Foundation in Latin America.

It’s clear from this long list of events, the rise of blockchain startups, and the disruption taking place in the financial market, that blockchain is on a path to eat everything in Latin America. As the technology continues to advance to a point of widespread adoption, the world needs to be watching how the region benefits. 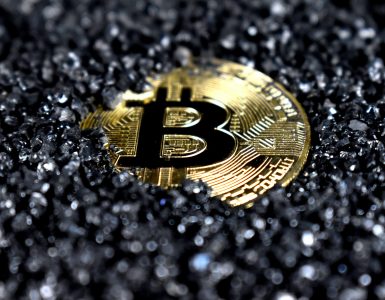 How Fintech Regulation Can Build Healthy Growth in El Salvador

Though El Salvador only recently hit headlines with its adoption of Bitcoin, it has had regulations that provide guidelines on the digitisation of financial services and fintech since 2015. The guidelines intend toRead more 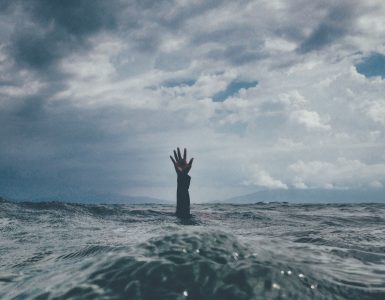 The Right to Disconnect: A Human Right?

In March 2020,  countries around the world authorized lockdowns to stem the spread of Covid-19. In response, many workplaces decided to apply work-from-home schemes almost immediately to keep businesses open and avoid aRead more 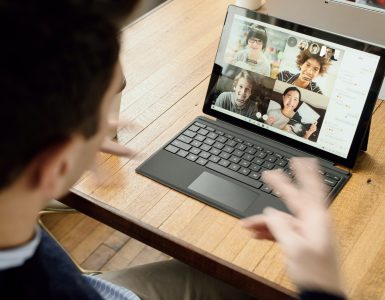 The pandemic pushed companies worldwide to adopt work from home as their new working modality, while others have begun to use a hybrid approach that includes on-site work as well. Regardless of each individual decisionRead more

TCS to Expand Operations in Arizona with $300 Million Investment