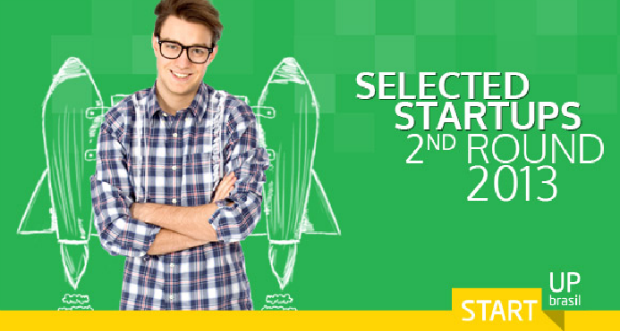 Taking a page from what has become known as “Chilicon Valley” in Chile, Brazil is generating momentum around its own entrepreneur-building aspirations. The last application for the newly developed Brazil Start-Up program, which ended in December 2013, attracted 178 foreign start-ups, of which nine were selected. In total, 20 foreign companies have already participated in the program.

One of these startups that plans to set up its business in Brazil is Xendo. The American company has created a mobile web-app which offers a search service that helps professionals working across their cloud-services, providing a unified, personal content index. It works as a “Google for private business content,” providing Search-as-a-Service for the cloud-first business.

“The service uses Natural Language Processing (NLP) and semantic analysis to create an organization-wide knowledge graph and to identify experts who can help resolve questions more quickly and to promote collaboration,” said Julian Gay, co-founder of Xendo. Gay and the other founder, Domic Lee, work together in Orange’s Strategy and R&D outpost in San Francisco, where they developed a prototype of Xendo. They later left Orange to found Xendo as a completely separate company.

The company participated in the last selection of Brazil Start-Up program and is now going to work with the 21212 Accelerator based in Rio de Janeiro.  “We are in talks with some large professional services firms in the US about leveraging the enterprise knowledge graph to staff consulting teams and we think the Start-Up Brasil provides an excellent opportunity to extend those discussions to the large businesses in Brazil,” Gay said. Xendo already counts large companies such as Telefónica, Intel and Deloitte among its clients.

The main factor that attracted Xendo and others foreign startups to Brazil is the vast market potential. Brazil is the world’s sixth-largest market in Internet users, with 86 million users in 2012, and has the second largest group of active users on Facebook and Twitter. The number of Brazilians with cell phones reached 123 million people in 2012.

The size of the market was decisive for American start-up Appbin choosing to set up its business in Brazil ahead of many other emerging markets. Appbin provides a browser runtime to execute web apps. It is a service that allows developers to sync user data without databases, kind of like a Dropbox sync-engine-as-a-service. “It permits people to access applications such as Facebook or Instagram in the offline mode in the areas of low connectivity and when the customer connects to the Internet it makes the download of the content”, said Shannon Sullivan, Appbin consultant.

The two program founders, Siddarth Kothari and Sagar Chandarana from India, went to Pittsburg, Pennsylvania (US), and developed the Appbin, an application that can be deployed by programmers especially in the emerging markets, where Internet access is more limited. “We are talking to some Brazilian accelerators and planning to start our business in Brazil in the coming months. Entrepreneurship is growing in Brazil and we would like to grow along with it,” Shannon said.

From Chile to Brazil

Brazilian market potential has also attracted startups from Latin America such as Kedzoh, a Chilean company that offers a mobile training application.

The company founder, Patrick Kedziora, had been the head of business development for a large training company in the US and came to South America when the company was selected to participate in the Startup Chile program. Now, Kedziora plans the next step: to expand his business in Brazil. “Brazil is a large country and, as a mobile learning company, that’s important to us, because that means that there’s a need to train millions of new people,” said Kedziora.

Kedzoh has a team of eight people working in Chile, the US, Portugal and soon in Brazil. Among its clients are the Chilean University, with 80,000 students who use Kedzoh to reinforce the content learned during the week, and TwoTenHealth, a software company in Ireland that uses Kedzoh to train their customers worldwide.

Created in November 2012, as a part of Strategic Software Services and Information Technology Program (IT Maior), Brazil Start-Up program aims to accelerate the development of new technology-based companies in Brazil. Since it was launched, 118 startups have been selected, each of which will receive up to 200,000 Brazilian real (about US$ 86,000).

In addition, they will receive financial support and advice through accelerators which participate in the program, in return for giving out a percentage of the equity. “The government only elaborates the rules, but it is the private sector that will manage the business,” said Virgílio Almeida, secretary of Brazil’s Ministry of Information Policies for Science, Technology and Innovation.

The government will select another 12 entrants to enter the accelerators by January 31, with two more selection rounds planned for this year. The program requires that one quarter of the vacancies in each round must be filled by foreign startups.

Ocean Networks to Connect Panama to Florida with Submarine Cables