With Elections Round the Corner, Mexico Braces for More Cyberattacks

Mexico is keeping a close eye on cybercrime as the country approaches federal elections, a time when the number of cyberattacks typically hits a peak.

Cybercrime rates increased to 22% in 2018 from 11% in 2016, according to the PricewaterhouseCoopers annual report on economic crimes released earlier this week.

Mexico reports about 82 cybercrimes every day, with people browsing social media being the hardest and most often hit.

Meanwhile, a senior executive from anti-virus software vendor Symantec has told local newspaper Expansion that the number of cyberattacks might increase by 40% this year. The government’s computer systems are the most vulnerable to cyberattacks in the country, according to the executive.

There was a sharp increase in cyberattacks in 2012 when Enrique Peña Nieto was elected president.

Cybercrimes are estimated to cost the country between US$3 billion and US$5 billion each year, according to the 2014 study by the Organization of American States (OAS).

In addition, Mexican companies spent US$1.6 billion on cybercrime incidents in 2016. When ransomware hit the computers running on the Windows operating system last year, as many as 500 Mexican banking, communications and retail companies were affected.

Police say they are in contact with internet service providers and would shutdown any website that poses a threat.

Last year, Mexico unveiled its National Cyber Security Strategy to combat cybercrime, but there has been no sign of decrease in the number of cyberattacks.

In May last year, The New York Times reported that the Mexican government had hacked journalists’ and social activists’ mobile phones with the help of the Pegasus spy program purchased from Israeli company NSO.

Global BPO provider Qualfon has recently celebrated its 25th anniversary, with the company officials building cribs and toys for a dozen of poor children in Mexico as part of marking the occasion. Also, a few Qualfon...

American business conglomerate Johnson Controls has unveiled plans to expand in Costa Rica by adding 150 more employees to its workforce. The company has 350 people on its payroll in the Central American country, where... 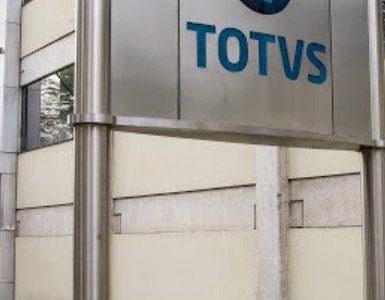 Brazilian IT services firm Totvs has reported 84.4% jump in net profit for 2019, saying that its new business strategy is paying off higher dividends. The company has posted a net profit of US$58 million, an 84.4%...

Google Develops the “Most Human-like” Chatbot

Amber to Build a Studio for Developing Video Games in Mexico