US IT consultant EPAM Systems has expanded its footprints further in Latin America with the acquisition of Colombian software maker S4N.

EPAM, based in Newtown, Pennsylvania and which already has presence in Mexico with close to 1,000 employees, said the acquisition increases the company’s headcount in the region to 1,500. The move comes amid a series of Nearshore-focused acquisitions over the last two years, marked first by deals to buy Argentina’s Belatrix and Costa Rica’s Avantica, and later ITexico of Guadulajara and PSL Corp of Colombia. Nearshore Americas counts at least 14 other software services’ deals during that time frame involving operators in Costa Rica, Peru, Argentina, Uruguay, Mexico and Panama.

Bogota-based S4N generates revenue by developing applications for retailers, airlines, and insurance companies. It has tremendous expertise in machine learning, data architecture, and cloud ops, according to EPAM CEO Arkadiy Dobkin, who spoke about the Colombian firm during his recent call with investors.

The acquisition is another step in helping foster greater technical skills and promotes the development of hubs of innovation across the region. It is another acquisition in a list of others than will directly impact the Nearshore and build the region’s capabilities during a period of growing interest from global organizations.

Dobkin, whose company has a market cap of US$39.9 billion accord to Yahoo Finance, has not disclosed the financial details of the S4N acquisition. According to comments make to industry analysts, EPAM is hopeful that Colombia will supply greater scaling capacity for the company, which currently has the majority of its workers based in Belarus and other Eastern European locations.

However, as Nearshore Americas recently reported on, the war for tech talent that is rampant across the globe is also impacting Colombia, where salaries are climbing quickly and talent is being poached by both English-speaking US majors and some of Latin America’s largest digital-first companies, like Mercado Libre. Unlike many of the other smaller regional companies, Mercado Libre’s success is backed by finances that match competitors in North America.

EPAM Systems reported US$881 million in revenue for the second quarter of this year, with its officials attributing the income growth to high demand for application development and cloud and data integration services.

Every year, January brings an avalanche of reports from leading organizations and analysts that warn us about the risks and trends for the next 12 months. From AT Kearney’s Year-Ahead Predictions, to Fitch Solutions’Read more

Costa Rica has long been spearheading Latin America’s tech service outsourcing. With a population of just over 5 million, it punches well above its weight in the Nearshore, with IBM, Accenture, Hewlett Packard and IntelRead more 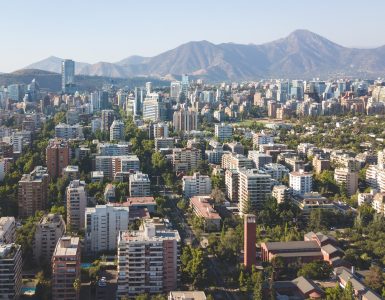 Despite the influence the country has regionally, Chile hasn’t often featured in the Nearshore conversation. Though geographically large, stretching half the length of South America, the country is home to less than 20Read more