So far, 2009 looks like a good year for the emerging Honduras BPO community.


Worldwide outsourcing provider ACS recently announced plans to locate a call center near San Pedro Sula and operators of several industrial parks are helping make the case to invest in Honduras – a  country that is becoming well-known for strong English language skills. There are well over 400 English language schools operating in Honduras.  In fact, in a story that came out today in the Honduras publication “La Prensa” (click on this link for the Googlized English translation,) the author claims that Honduras has more bilingual speakers per capita than any other Central American nation.  (Although Belize is probably the Central American country to have the most bilingual speakers – I invite others to make their points in the topic.  Friends in Costa Rica or Guatemala, any comments?) To view the LaPresna story in the original Spanish version, click here.
The story notes that Altia Business Park is one of the leaders in trying to attract outsourcing operations, based on tax incentives and economically priced telecom services.
Another important player is Gruppo Karims, a worldwide organization which invests in industrial real estate, textiles and tourism. The company has operations in Pakistan, Mexico and Hoduras, and offices in Guatemala, China, Dominican Republic and the USA. Karims operates a large industrial facility called Green Valley Industrial Park, considered one of the largest and most technically advanced facilities in the entire Nearshore region.
Altia Business Park Chris Disher Grupo Karims Honduras outsourcing IAOP Central America chapter La Prensa 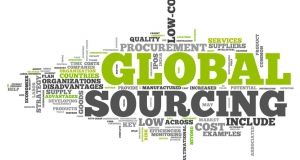 I have seen many changes in the outsourcing industry during the past two decades since my first IT job as a MIS manager for a small satellite company in Ohio. BPO was almost unheard of back then, in the days when theRead more

Changes to the Global Economy Prompt Renegotiation of Outsourcing Contracts

There have been significant technological and economic developments over the last few years. Business operations have changed significantly when compared to when companies originally signed their outsourcing contractsRead more

BPO Tide Still Appears To Be Turning To Nearshore

Onshore, offshore or nearshore, outsourcing is a complex business and requires careful consideration of the pros and cons. It becomes even trickier if a business has already invested in an offshore operation and thenRead more