How to Protect Your Investments in Honduras

Arbitration has been evolving rapidly as a conflict resolution system in Honduras. Amid political uncertainty, investors are looking for safer and more effective ways to protect their finances. In response, the Honduran government has sought to reassure investors by signing the United Nations Convention on International Settlement Agreements Resulting from Mediation, also known as the Singapore Convention on Mediation. That action clearly demonstrates Honduras’s commitment to alternative dispute resolution (ADR) methods.

The Singapore Convention seeks to emulate the Convention on the Recognition and Enforcement of Foreign Arbitral Awards, commonly known as the New York Convention, which came into force in 1959. Both conventions offer tools for the cross-border enforcement of agreements. Honduras has signed various free trade agreements. The most notable of these is the Dominican Republic–Central America Free Trade Agreement (CAFTA-DR) which governs its relations with the United States. Honduras also has other free trade agreements with its Central American neighbors, Mexico, the Dominican Republic, Colombia, Chile, Taiwan, Canada and the European Union. Additional treaties are also being negotiated with Ecuador and Cuba.

Crucially, all these free trade agreements contain investor state dispute settlement provisions (ISDS provisions) which are intended to avoid interstate conflict, protect citizens abroad and signal to potential investors that the rule of law will be respected. Without ISDS provisions, to enforce its rights, an investor would normally need to seek the intervention of the government of their home state. In most of the treaties, the institution of choice is the International Center for Settlement of Investment Disputes (ICSID) which is funded by, and forms part of the World Bank Group, headquartered in Washington.

The principal basis for arbitration in Honduras resides in the Honduran constitution, which states that: “no natural person, who has the free administration of their property, may be deprived of the right to terminate their civil matters by transaction or arbitration.” Honduras also abides by several international treaties such as the New York Convention and the Inter-American Convention on International Commercial Arbitration, or Panama Convention.

Because arbitration is a quick process when compared to typical processes, new laws such as “the Law of Promotion of the Private-Public alliance” and the “Law for the Promotion and Protection of Investments” mandate arbitration for all conflicts arising from private-public alliances and investment contracts made in the country.

Most international commercial contracts handled in Honduras contain arbitration clauses in case disputes arise in connection to those contracts.

As for procedure: if it is ad-hoc, it would be chosen by the parties; and if it is institutional, it would follow the “Rules of the Center for Conciliation and Arbitration of the Chamber of Commerce and Industry of Tegucigalpa or Cortes,” depending on the claimant’s place of business and the specific clause (most arbitrations take place in the capital Tegucigalpa).

A new arbitration center has been contracted in the Próspera ZEDE (Zone of Employment and Economic Development). That zone possesses a high degree of administrative and functional autonomy and allows for the creation of a special jurisdiction. The ZEDE legislation allows for different labor law, environmental law, business registration and dispute resolution. The Próspera Arbitration Center (PAC) is the default arbitration services provider for the Próspera ZEDE. As the center is still new, it has not administered any cases to this date.

In conclusion, Honduras has established an effective framework to aid in the protection of foreign investments. Domestic courts are familiar with the arbitration process in Honduras, and they respect the decisions of international adjudicators.

Emilio Ruiz Pineda is a junior associate at Central Law in Honduras. He graduated from the Autonomous University of Honduras in 2019. Emilio has experience in the research of local and international law. He also researches and promotes foreign direct investment in Honduras. The Fund for American Studies (TFAS) awarded him a scholarship as part of the 2020 Institute for Leadership in the Americas (ILA) program in Santiago, Chile. You can contact him here: info@central-law.com

According to the Bureau of Economic Analysis, direct investment from the United States was $5.96 trillion in 2019. However, the Economic Commission for Latin America and the Caribbean (ECLAC) – a United Nations entity –Read more

Throughout Latin America, growing tech and startup scenes will be important sources of skilled employment and innovation for promoting economic and social recovery in the aftermath of the catastrophic coronavirusRead more 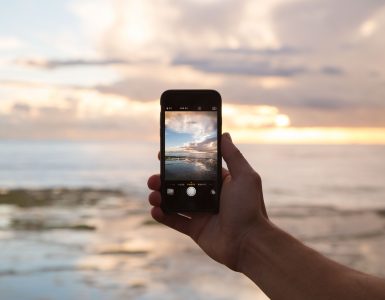 The Barriers that Hinder the Caribbean’s Nearshore Ascent

The Caribbean has a unique opportunity to attract global services investment migrating from the Asia-pacific region due to the Covid-19 crisis.  The region also possesses a stunning amount of upside, but getting to thatRead more