IBM Corp. said that it has opened an Innovation Center in Mexico, its 39th such facility worldwide, intended to prompt growth in that emerging market particularly in the banking, communications, health care, retail and government sectors.

In the past two years, the vendor has opened a number of Innovation Centers–which offer skill building, training, technical and sales resources to local businesses and entrepreneurs–in growth areas, including Brazil, Vietnam, Philippines and South Africa.

IBM pointed to research from Business Monitor International (BMI) that pegs the IT market in Mexico at some $13.6 billion with an expected 11 percent growth rate in 2011 prodded by interest in cloud computing, and new government services and infrastructure projects.

The vendor also said that it saw growth last year in the Mexico market through an uptick in the number of local IT professionals visiting its developerWorks web site to some 26,000 a month, and a 30 percent increase in the number of area channel partners to about 200 ISVs, solution integrators and resellers.

IBM said that in conjunction with opening the Innovation Center in Mexico, it will offer companies access to its software, researchers, technical and business experts, consulting services, technical infrastructure and hands-on assistance to help spur entrepreneurship through its Global Entrepreneur program and bring new technologies to market. A number of those services will be offered free of charge, officials said.

“With access to the right skills and resources, we can build a stronger Mexican IT community that is prepared to compete on the global IT innovation stage,” he said.

MEVE Soluciones, a Mexico-based provider of case management solutions for government and an IBM channel partner, said that it will take advantage of resources at the new Innovation Center.

“With support from the IBM Innovation Center, we’ve been able to broaden our knowledge in IBM technology and grow our pipeline,” said Sonia Mendoza, MEVE Soluciones director of sales.

“The Mexico IBM Innovation Center will provide an immense resource to our company and the hundreds of other local IT companies through education, IT and marketing resources, and the ability to host customer engagements with IBM here in our own backyard,” she said. 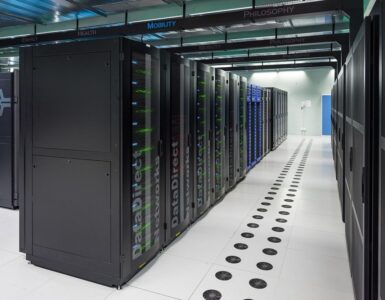