When it comes to foreign direct investment (FDI), nearly all developing economies rely on financial incentives, such as tax breaks and other benefits, to attract new players into the market. Across the region, the greatest incentives lie in the free trade zones and many are tailored specifically to BPO and/ or ITO activities.
This trend, however, has started to come under fire, and more countries are thinking twice about incentives as they drop further down the list of requirements for foreign investors. Furthermore, in many cases, the investors never even receive all of the incentives they were offered, adding to the shift in investor prioritization.
Drop in Incentive Importance
Earlier this month, the Prime Minister of Bahamas, Petty Christie, announced that his government’s tax incentives no longer played an important role in attracting large investments, claiming that his country was facing a “dramatic” increase in regional and international competition.
“More and more we must compete on our business environment, and the efficiency and the productivity of our labour force,” Mr Christie wrote, acknowledging that “our construction and labor costs are higher than elsewhere in the region.” He continues: “Incentives and concessions, although important, are no longer as effective as they once were as other governments in the region are even offering tax-free concessions as consumables.”
The successive Bahamian governments have commonly viewed these tax incentives as a solution, under the assumption that investors would come flocking. Those that do are then frustrated by certain roadblocks, including an inefficient and corrupt civil service, causing many well-meaning investors to turn tail and chose the many other investment opportunities being offered by Turks & Caicos, the Cayman Islands, and the Dominican Republic.
What Incentives are Out There, and How Important are they?


The most common type of economic incentives that companies are offered continues to be tax credits, according to Lynda Arsenault, Co-founder of The Varanda Network and an international trade and business consultant operating out of Nova Scotia, Canada. “These types of credits are considered “statutory” and are typically granted based on an entity’s job creation and/or capital investment within a location,” she said. “However, there are also cash grants, R&D tax credits, payroll rebates, and indirect tax abatements, which includes sales tax and property tax.”
The topic of incentives, according to Arsenault, has dropped about halfway down the decision-making conversation for foreign investors when looking into a new market. Right at the top of the list is labor, followed by the availability of that labor. Then comes cost and real estate, followed by quality of life, which includes low crime rates, housing costs, local education levels, climate, and culture.
It’s only after quality of life that incentives are discussed, before topics like immigration, corporate tax, accessibility (airports, etc.), partnership opportunities, ease of doing business, legal considerations, energy costs, and low union profiles are explored.
But, with a recent development in the United States, this drop in incentive importance could be about to change.
Ripple Effect of Trump’s Carrier Deal
There are critics out there who argue that governments shouldn’t pick winners and losers by offering incentives or taking them away, but U.S. President-elect Donald Trump defied them this week by making good on a campaign promise to keep jobs in the U.S. – how? By offering incentives to stay.
Trump promised workers of Carrier – an Indianapolis-based air-conditioning manufacturer – that he would prevent jobs being sent to Monterrey, Mexico. This week he offered “state incentives” to Carrier in order to retain 1,000 jobs in Indiana. “The incentives offered by the state were an important consideration” to staying, Carrier said in a statement, without revealing what the specific incentives were.
This significant development is guaranteed to cause ripples in nearshore countries, and across the world, as countries that rely on low-cost talent and real estate to attract investors might now have to up their games when it comes to incentives, in order to compete with Trump’s mission to keep jobs at home.
“I’m sure with the new U.S. government, local companies will proceed to announce comparable outsourcing arrangements in the hopes that the Trump administration will approach them to avoid the replacement of U.S. workers with foreign nationals,” said Arsenault. “However, it remains to be seen how the Trump administration will respond to such pressure from domestic corporations who may end up using their U.S. workers as leverage to extract more concessions.”
For the IT industry, however, incentives may very well continue to be an important tool for attracting investment, as it continues to be one of the most transformative industries in the nearshore region. “The expansion of social, mobile, applications, cloud and analytics is accelerating, causing realignment of corporate strategies and site selection decisions,” said Arsenault. “In my experience, economic incentives will never make a bad site option a good site, but they will help offset any gaps that exist in two competing jurisdictions. For that reason, incentives are still a very effective tool to influence economic development, and site selection decisions would be severely compromised without them.”
bahamas Canada Donald Trump Incentives nova scotia Trump

After some false starts and questions of access to vaccinations, the growth in vaccination rates across The Americas has elevated the optimism about the region’s economic recovery. Recently, Carissa F. Etienne, DirectorRead more

Sharing a border with the United States means that Mexico will always be in the minds of business customers looking to participate in the remarkable advantages of Nearshore services. But in recent years, Mexico’sRead more 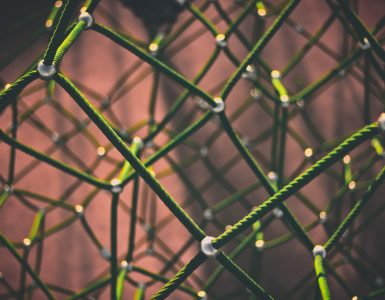 Global IT and software development company, Globant, has acquired Blockchain experts, Atix Labs, founded in 2013, in a move that will strengthen Globant’s position in the trailblazing blockchain solutions marketRead more