Jamaica is at a crossroads. The recently published Global Competitiveness Report ranks the country as having the worst macroeconomy in the world (142nd out of 142 countries) despite the relative stability in key macroeconomic variables such as interest rate, the exchange rate, inflation and the country’s international reserves.

Further, the IMF report titled Regional Economic Outlook, Western Hemisphere: Shifting Winds, New Policy Challenges, published earlier this month, argued that poverty, unemployment and inequality in Jamaica are the worst in the Americas. Haiti, which is regarded as the poorest country in the Americas, has fared better than Jamaica in terms of its income distribution. Haiti’s GINI coefficient, the measure of wealth distribution in a country, stood at 59.2, while Jamaica scored 59.9.

A serious reading of Jamaica’s development challenges will show that there are serious structural problems in this country, and we are not addressing them. Sloganeering should not be a substitute for serious policy discourse. We seem to be more engaged in the former than the latter.

If we probe deeply, we will recognise that while there seems to be an economic environment that is conducive for doing business, the economy has only recently been able to achieve very marginal growth of 1.5-2.0 per cent. If you take out the growth in the bauxite sector from this, the growth would be around 0.5 per cent.

With increased social demands and the rising poverty levels, this growth path will not be sufficient to move Jamaica forward and to ensure a decent standard of living for its citizens.

The economy will need to grow by around 6.0 per cent per annum for the next 15 years if it is to provide for the increasing demands that its citizens will be making in the very near future.

It is very clear that what is urgently needed is a change of course from the present. This is why it is very worrying to me that the new prime minister has indicated that he will continue on the same path as his predecessor. The current model is not working.

The big issue that needs to be discussed is Innovation. Building an economy driven by innovation is going to be the savior if we are to deliver robust economic growth and move away for the marginal performance of one to two per cent growth rates.

For Jamaica to move forward, it has to build a culture of innovation. In the 21st century, for growth to take place, sound macroeconomic policies and an enabling business environment are necessary but, in themselves, insufficient conditions to deliver robust economic growth.

These policies must be supported by innovation in business processes, products and services. Too many Jamaican enterprises today still have the products that they started out with 20-30 years ago as their main line of business. This clearly explains why so many of them are crying about reduced market share and an inability to compete with large and multinational enterprises.

The country is woefully lacking in this regard. It is still not clear what the country’s policy on tertiary education is, but if we destroy this sector with this idea about shifting resources to pre-primary, primary and secondary subsectors of the education continuum, we will be doomed. (FIX) I do not need to illustrate that the various subsectors are complementary, not substitutive. Therefore, the model should be about funding education in the country, not one subsector at the expense of another.

Further, this idea about giving university status to everybody who sets up a building with desk and chairs and say they are teaching at the tertiary level is bad policy. A university has a serious meaning. It is a place where research is done and new knowledge is created. If institutions are not engaged in serious scholarly research that is advancing the boundaries of knowledge, they should never be designated university status.

The country needs to spend wisely in developing its research labs in its universities and those that are used in the public space. Relative to our trading partners, our research labs are few in number and are also poorly equipped. This does not augur well for innovation. Also, Jamaica needs to have more patents registered and more doctoral graduates in the sciences. Relative to other smaller economies that have done well economically, Jamaica is really lagging behind in these areas.

The government spending on R&D can best be described as parsimonious. When we are compared with nations such as South Korea, Brazil, Singapore, Israel, we see that government spending on research and development is averaging around 3.5 per cent of GDP, while in Jamaica, it is less than one per cent. In the 27-member European Union nations, it’s closer to two per cent.

The countries that have invested heavily in R&D are hotbeds of innovation and are growing and have grown rapidly over the last 20 years. Further, there is a lot of research partnership between universities and the private sector in these economies.

At the moment, there is not enough of this collaboration in Jamaica. There seems to be a trust issue between academia and the private sector. This tends to develop from a misunderstanding of the role of each actor in the development space. Both groups will need further dialogue in order to overcome this trust deficit as both actors are critical for the nation’s development.

Simply put, Jamaica needs more innovative firms in order to improve its international competitiveness and its growth prospect. Guatemala has innovative firms such as Studio A, a small firm that produced the digital media for Hollywood’s The Chronicles of Narnia; Chile has Oncobiomed, a company which pioneered new cancer treatment, small firms in Mexico are involved in SAP applications which are used across the world to help firms re-engineer their business processes, etc, are just some of the many examples of innovative entrepreneurial firms in countries that have similar developmental challenges to Jamaica.

Our nation will need to have more firms that resemble the profile of the firms in those countries. The buy-and-sell mode of business will not move Jamaica forward. There is nothing innovative about this. They will only add 0.5 per cent to the country’s GDP. The ease with which these businesses can be created is the same ease with which they can be destroyed as well.

Jamaica cannot build a sustainable economy on this model. More innovative firms, especially smaller firms which have a greater national reach, are needed.

For Jamaica to move forward, there is no doubt that the country will have to make significant investment in building an innovation culture. This investment has to come from private firms, venture capitalist, angel investors and the Government. If this investment is not coming, Jamaica will not be able to overcome the innovation challenge which is inhibiting robust economic growth in this small, island economy. It is time to change course. 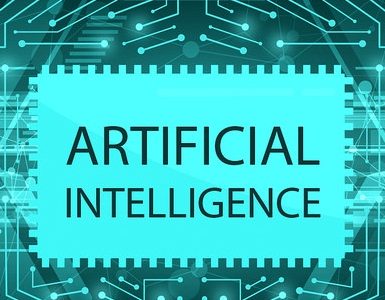 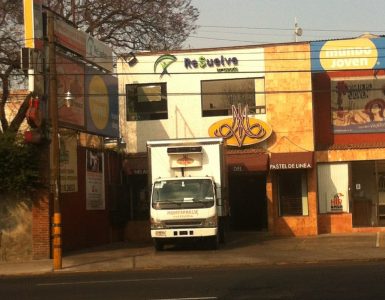 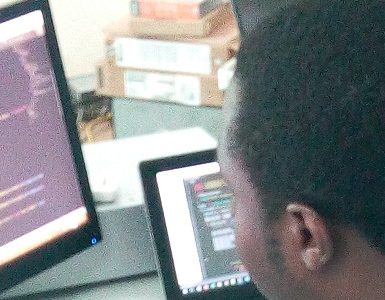