Jamaica is on the cusp of a technology-fueled growth boom but we need a little push to get over the current bumps to start the trip down the hill, picking up speed like a snowball.

Some argue that there is really a “technology crisis” in Jamaica but any such label is not taking into account what business owners and potential investors look at to determine where to invest in building capacity.

Gartner, the world’s leading information technology research and advisory company, lists Jamaica as an up-and-coming near-shore destination. Jamaica is also ranked 33rd out of 50 near-shore locations by the AT Kearney Global Services Location Index which provides an aggregate score for each country based on scores on three indices — financial attractiveness, people availability, and business environment.

True to our form of over-achieving in some areas, Jamaica is the highest ranked English-speaking Caribbean country on this index and received comparatively good scores for financial attractiveness (top 20).

Some Jamaicans at home and abroad may also be surprised to find out that Kingston is ranked #5 out of 51 “near-shore destinations” in April 2011 by the Zagada Institute, another important rating agency. This was Zagada’s first Comprehensive Near-shore City Location Rating. The ratings are based on cost and available talent pool.

Two other Jamaican cities — Montego Bay and Portmore — are ranked amongst the top 50 of 150 global cities. This comes as no surprise to any Jamaican who knows about e-Services started by Patrick Casserly and sold to US-based Fortune 500 company ACS for US$85 million, having won contracts with companies such as Delta Airlines. It is also a feather in the cap of Jamaican ingenuity that Casserly was chosen to chair the Richard Branson initiative, Branson Centre for Entrepreneurship Caribbean.

Nearshore, for those who do not know, refers to a version of offspring that places process outside the home country of a business, seeking to save on costs, but puts them “near” to the home country. Instead of a US-based company offshoring to India, they offshore to Jamaica. Jamaica is also the largest player in the English-speaking Caribbean when it comes to Business Process Outsourcing (BPO), having over 10,000 full-time workers in the industry.

Do these accomplishments not paint a picture of a technology crisis? Why do these well-regarded firms rank Jamaica so highly? The answers may surprise those who have not properly followed the rise of the ICT sector in Jamaica.

Jamaica is among about 10 Latin American and Caribbean countries that have established an environment that would be considered attractive for companies considering their own investments in a lower-cost country. Between 2006 and 2010 the country has attracted investment from some 27 firms, totalling some US$690 million — no small feat.

That is a testament to the work of specific individuals in the previous PNP administration, current JLP administration and more importantly, the staff at JAMPRO that have facilitated these investments. The Ministry of Industry, Investment and Commerce obviously deserves some credit since JAMPRO reports to it.

When I sat on a panel on Caribbean investment opportunities at the University of Miami alongside Hayden Singh of Courts and Anthony Sabga of Ansa-McCal, the audience was floored when I pointed out that in Jamaica, thanks to Flow, I can get 100mbps Internet but in Orlando, Florida I can only get 40mbps… and they cost about the same! Yes, Jamaica is ahead of parts of the USA when it comes to data rates.

In addition, Flow and LIME are currently rolling out broadband around the entire island, bringing high-speed Internet access to many areas, including schools and public libraries, spending some J$543 million. Digicel launched its 4G wireless broadband service and that also is helping to improve Internet access for the average Jamaican. Then there is the governor general’s wi-fi project that is seeking to roll out wireless Internet hotspots around the island.

We are on the move to a very connected society, more like a South Korea.

In July 2008, I read an Inc magazine article about a problem faced by a US-based company that scanned photos for customers and digitised them. A competitor had started to undercut their prices and was able to do this by sending the photos to India to be digitised. They were asking for advice on how to compete, pointing out that their turnaround time was about three days while the competitor was more like two weeks but still doing better.

I submitted advice, the comment can still be seen online, and Inc published a truncated version of my letter in the October 2008 print issue of the magazine. My advice was simple; build a stronger brand and consider offshoring the digitisation to Jamaica because, unlike India, the country was less than one hour and 30 minutes’ flight from South Florida, has a population that speaks English as their main language and is either on the same time as the US East Coast or one hour behind (Daylight Saving Time causes the change), making it much easier to have calls with staff or partners.

I also pointed out that our Internet infrastructure is strong, we have a decent education system (I am a proud product of primary and secondary education in Jamaica) and their US$ would stretch almost as far as in India due to the exchange rate and per capita income in Jamaica.

The author of that article, Donna Fenn, eventually called me for an interview and mentioned me in her book, Upstarts, on Under-30 entrepreneurs. My answer is exactly the way many companies have been thinking about Jamaica and why we are on the cusp of a technology-fuelled growth.

We have made progress, congratulations, but we cannot rest on our laurels. We still do face challenges. My time touring the island to present during the ICT Roadshow in 2010 that was organised by CITO in the Office of the Prime Minister made it abundantly clear that more Jamaicans need computers in order to access the Internet. Bringing access alone will not help. Waiving GCT on computing equipment did help but cost is a factor.

It was for this reason that I was very happy to see one idea that has been submitted to my changeJamaica.org crowd sourcing website: A young man named Derek Krow is currently volunteering on behalf of the World Computer Exchange to build support for an initiative to improve the technological infrastructure of the primary schools in Jamaica.

He is working with Timothy Anderson at the WCE and the Marcus Garvey Foundation to raise US$40,000 to go along with 4.5 times matching funds, some US$181,225, to install 400 refurbished computers in 30 schools, connect 14,000 students to the Internet, build exchanges between 10 schools in Jamaica and the USA and Canada and train 60 technology teachers.

These are the kinds of projects that Jamaica needs in order to get the snowball rolling down the hill — access to equipment. Computers will be able to help us with our literacy problem, allow more innovative thinking, foster more research when attempting to solve problems, strengthen the computer literacy of the future workforce, thus increasing our productivity rate which is dismal, compared to Barbados and Trinidad, and lead to some interesting companies founded in Jamaica.

Technology has changed my life as an entrepreneur and I believe that every Jamaican should have a chance to benefit from technology in the same way I did, not just those who can afford a computer. You can learn more about the computer project at changeJamaica.org.

David Mullings is the first Future Leaders Representative for the USA on the Jamaican Diaspora Advisory Board. He is co-founder of Random Media, an integrated media company and Kaizen Interactive, an interactive marketing agency, as well as business development manager at The RMP Group, an investment firm. He can be found at facebook.com/InteractiveDialogue and Twitter.com/davidmullings. 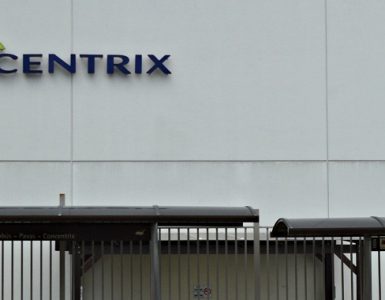 Global BPO giant Concentrix says it will add 1,000 people to its Costa Rican workforce by the end of this month. Fremont, Calif-based company says the new hires will provide sales and technical support for its clientsRead more

Mercado Libre to Double its LatAm Workforce in 2021

E-commerce giant Mercado Libre has announced that it would double its Latin American workforce by the end of this year. Buenos Aires-based company ended in 2020 with 15,500 employees. Its regional headcount would exceedRead more 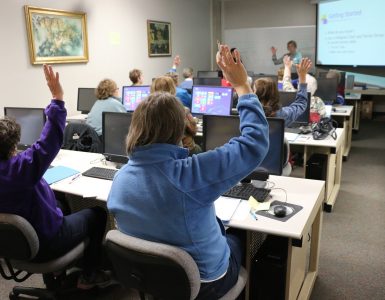 Mercado Libre to Double its LatAm Workforce in 2021

Tourism Trouble Brings a Wealth of Talent to Region’s BPOs

Teleperformance and Accenture to Pay Vaccination Cost for their Filipino Staff