Mexico Is Positioned For IoT Supremacy, Despite Low Awareness Of Its Potential

Slowly and discreetly, a great shift has occurred in the ICT industry as mobile broadband became a synonym for ubiquitous internet — as we became more connected, so now are our “things”, leading to the birth of Internet of Things (IoT).

Following an emphasis on connectivity and the goal of increased internet penetration among enterprises and households, the Internet of Things is today within the first stages of growth, and the potential is enormous — IoT offers the ability to capture and leverage data across virtually every aspect of the human experience.

With that in mind, organizations that do not yet have IoT on the drawing board must figure out what it looks like, where it fits, and the real-world issues and benefits it presents as they weigh their decisions about deploying it. This is especially true for Mexico and Latin America as a whole.

In Mexico, Industrial IoT (IIoT) — which refers to the use of IoT technologies in manufacturing, transportation, finance, utilities, and other business verticals — is projected to reach almost US$4 billion in revenues in 2022, up from some US$1.3 billion in 2017. This is according to our 2022 Mexico IIoT market forecast, which considers the growth potential of hardware, software, connectivity, and all services that are included in the IIoT ecosystem.

When we at Frost & Sullivan talk with technology decision-makers at enterprises, most of them say they are “watching and learning”; however, the second most common answer is that they already have live IoT services with clients and/or distributors, while the third largest group declares that they are carrying out internal deployments.

In the case of the second and third answers, these deployments are generally cost-reduction initiatives. The underlying logic is that those deployments are the easiest to justify, even under an adverse business context.

However, a great restraint for IIoT growth is the concern around security.

The same group of respondents to our research have cited “security risks” and “data protection and privacy” as their main worries in connection to IoT. Hence, proponents of IoT solutions need to address such issues if they want to gain traction.

Market participants also declare that the level of awareness of IoT’s potential is limited in Mexico, so providers will have to aggressively evangelize the return on investment (ROI) on IoT solutions to establish the relevant thought leadership needed for the market to develop.

Increasingly, technology companies are expected to understand their clients’ pains. They need to develop an integrated, end-to-end solution that addresses industry-specific problems. This is more acute in the IIoT domain. Thus, we expect to see more partnerships, as well as the emergence of a lively ecosystem.

A verticalized view shows some very interesting advancements in IoT in Mexico, and there is no doubt that the ecosystem is maturing.

In the automotive space, Mexico will be Latin America’s second largest connected car market by 2023 with a fleet of over 1.6 million vehicles. Furthermore, a governmental initiative for Industry 4.0 proposes a roadmap for the use of IoT in Mexico in every sphere of the manufacturing vertical, and the Energy Transition Law established a countrywide smart grid project.

The first three components of the IoT value chain (chips, hardware, and connectivity) are mature with companies like Intel, Cisco, Dell, IBM, Telefónica, and AT&T, while the remaining two elements (enablement platform and systems integration) are yet to be fully developed.

Ultimately, IoT is not only a shift in a name; it is a new force that is changing the business scenario, the economy, and society. Competitors will no longer be confined within an industry or limited to the traditional players, as enterprises’ greatest threats may come from new entrants and start-ups offering innovative and disruptive solutions.

Incumbents that are slow in reacting to new competitors may find their revenue and competitive advantage eroding, as the ability to integrate IoT with cloud services, software applications, and Big Data analytics will create new and powerful winners in Mexico, and even the whole region.

As well as an unprecedented health crisis, the Covid-19 pandemic has inflicted great economic damage. The World Bank and the International Monetary Fund say the crisis will trigger the worst recession since the GreatRead more

Over the last decades, Latin America has become an attractive destination for entrepreneurs looking to expand their businesses to a vibrant and constantly growing destination. As financial regulations increase andRead more 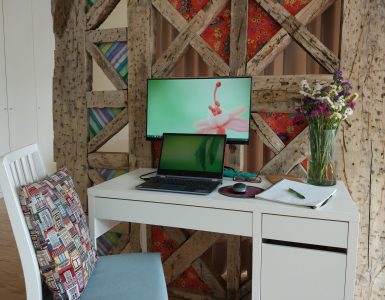 Today’s Working Model Is One Step From Nearshore

We are all getting a little fatigued with this pandemic. That is understandable. But with no small amount of initial unease, most of you have settled into the “new” ways of working: Zoom, WebEx, Google MeetRead more