Those are the types of reactions we see when investors come to realize that Mexico no longer has a front door. The welcome mat has been removed along with the “Open for Business” sign that virtually all other countries in the Americas proudly display.

Mexico – thanks to its obsessively inward-looking president – has put itself into a uniquely engineered state of isolation. The attitude of indifference is not new.  We previously reported on the “lack of enthusiasm” toward the digital economy displayed by Mexico’s political leadership 18-months ago. What’s different now is the scope of the damage. Mexico is just not the country that it used to be, and this is especially true when grasping the complete absence of the “vehicles of advocacy” that used to be so prevalent in championing the Mexico brand globally.

The production of great software and achieving great outcomes with global partners is an undeniable part of the Mexican IT industry’s DNA. The achievements are remarkable. The entrepreneurs are super inspiring and the existence of not a few, but a dozen or more healthy and vibrant tech ecosystems – from Tijuana to Guadalajara, Merida to Monterrey and Aguascalientes to Queretaro – triggers consistent praise and for good reason. Operationally there is no weakness.  Of course, the country is open for business. Of course, you can still partner with tremendously capable software engineering teams. (And, of course, Nearshore Americas has published hundreds of articles chronicling the strengths and capabilities of Mexico.) That’s not the issue.

The gaping failure is in the packaging. Bringing the brand message to the global stage. Driving the types of dialogues that are crucial for global services’ investors who come armed with dozens of questions about readiness and worthiness.

Say you are with a New York City-based fintech organization trying to sort out potential IT outsourcing and captive operational pathways available in Latin America. You can walk over to Park Avenue and visit with the folks at CINDE (Costa Rica Investment Agency) or stroll up to East 57th Street and gather first-hand insights from the team at ProColombia, who are among a host of Nearshore countries with investment promotion arms present in New York City.

Of course, the fintech executive might then feel obliged to check in with the presumable market leader – Mexico – in order to undertake more comprehensive due diligence. The problem is Mexico won’t be there to answer the call. The ProMexico office on Lexington Avenue, once serving as the investment attraction HQ for the entire Northeast section of the United States, closed its doors back in 2018.

Given that the current Morena administration still has three more years to go, the prospect of global or regional competitors continuing to snatch up projects that easily could have been won by Mexican is not – in our book – a winning strategy. Smart minds in the nation’s IT exports community need to come together and recognize these serious deficiencies. The solution we believe rests with the following formula:

What we’re calling for is courageous leadership and a very deliberate effort to see what the rest of us see while gazing back at the Mexico of today. By going through this exercise, perhaps there will be some incremental willingness to move away from isolation and pivot aggressively toward the many opportunities that suit the scale and scope of Mexico’s vast capabilities. 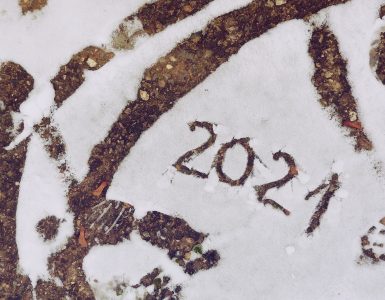 Infographic: The Expertise that Drives the Nearshore Experience

2020 was the year the Nearshore industry vaulted into the future. Changes that were scheduled to occur within the next five years were suddenly made reality, as the Covid-19 crisis fueled widespread technologicalRead more