In the past few years, Agile development methodologies have clearly gone mainstream, with Scrum being perhaps the most popular Agile process. Organizations large and small, from market leaders like Google, Microsoft and Salesforce.com to small companies and startups all over the place, are either switching their software development process to Scrum or going to it as their default approach.

Since software development is a highly social and creative process, it is important to take into account the dynamics of human interaction and human psychology in order to understand how to build better software more effectively.

Many Scrum adopters report that switching to an Agile methodology changes the motivational climate in the development team and even the entire organization. Those who experienced a successful Agile transformation often say that they can’t imagine ever going back to the old ways of working. As a rule, people are more excited about their work and are doing a better job at it. Why is that? There are very good reasons for this that stem from the very nature of the Scrum process. Let’s look at several of the most obvious ones:

The Scrum board, often implemented with yellow sticky notes on a whiteboard, is particularly interesting. Typically the stickies have user stories written on them, along with the name of the person doing them, which makes it possible to physically move the tasks from “Checked out” to “In progress” to “Done”. This drives focus and motivation at the same time: it is intensely satisfying to come up to the board, take the sticky with your task on it, and move it to the “Done” column!

Of course, just deciding to “go Agile” does not guarantee that everything is automatically rainbows and unicorns from there on out. There are examples of failed Agile transformations, which often happen when yet another process becomes fashionable and is being implemented for the wrong reasons and/or without sufficient planning of ensuring the buy-in from all stakeholders – but this is the topic for another post.

However, productivity gains from doing proper Scrum can be both very real and very significant. Dr. Jeff Sutherland, one of the most passionate and influential Agile proponents in the world, first introduced the Scrum process together with Ken Schwaber in a conference paper in 1995. According to one of his published papers, Scrum teams who pay adequate attention to metrics and continuous improvement can achieve a hyperproductive state of up to 400% better than the average waterfall team, with some teams working even faster. In another paper titled “Shock Therapy”, Sutherland states that the best Scrum teams in the world consistently average 75% gains over the velocity of waterfall teams with much higher quality, customer satisfaction, and developer experience.

Some of the potential reasons for these productivity gains start with “flow state”. Flow, a concept that has gradually become popular in psychology over the last couple of decades, describes a certain state of heightened awareness and performance. When you achieve the flow state, according to the psychologist Mihaly Csikszentmihalyi, who coined the term, “your whole being is involved, and you are using your skills to the utmost.”

In his new book, “The Rise of Superman: Decoding the Science of Ultimate Human Performance,” Steven Kotler discusses flow triggers – circumstances that facilitate the entry into the flow state Kotler groups the 17 flow triggers into several buckets: psychological, environmental, social and creative. Since we are attempting to explain team performance, our interest lies primarily in the social triggers, defined as “ways to alter social conditions to produce more group flow”. It is uncanny how Scrum is almost precisely designed around these triggers. Could this be the reason why, as Scrum evangelists claim, you can get more done faster, with fewer people, and with higher quality, effectively breaking the “iron triangle”?

Most of Kotler’s social and environmental flow triggers map closely to Scrum practices or principles. Let’s look at the ones that fit:

The flow state is a fascinating subject, but even more interesting to me are its applications in the world of work, not just in professional athletics or extreme sports. I hope researchers continue to study the secrets of productivity and ways to build software more effectively. Software already runs almost all aspects of our everyday lives, and we are likely to depend even more on it in the years to come, so we will all benefit from these kinds of research. 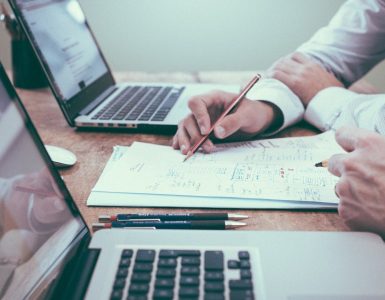 Chile and Ecuador have been identified as global leaders in early-stage entrepreneurship by the Global Entrepreneurship Monitor (GEM), but what makes these two Latin American nations stand out on the global stage? WhenRead more

With High-Tech Commoditization Accelerating, Strategy is Everything

It is always the same. When something is new, there is a fascination with “the thing” and whether you have it. You see this trend with fashion, with new products, new methodologies, and yes, also with technology. TakeRead more

Digitalization has suddenly become an indispensable process for employers. New relationships have emerged in which employees are no longer required to go to a physical site to receive their work equipment, meet theirRead more

Burnout is Real: Why Remote Can be a Creativity Killer

How the Pandemic Will Shape the Future of Nearshore