Nearshore America’s has added four new employees in a move driven to align with the recent upswing in global IT and BPO interest and activity, targeting Latin America and Caribbean.

Stephen Woodman, a journalist based in Guadalajara, Mexico, has joined as Managing Editor. Woodman is a career journalist having been published in numerous international media outlets, including the likes of The Financial Times, BBC News, and Reuters. He has been reporting on business and culture in Latin America for more than six years now. In his new role, Woodman will focus on IT services and software innovation, while overseeing the operations of the group’s editorial team. Steve can be reached here.

Another journalist joining the team is Avia Ustanny-Collinder. A resident of St Catherine, Jamaica, Avia will take charge of covering the nearshore BPO industry as Senior Editor. She previously worked as a staff writer for the Jamaica Gleaner, and is also a prolific author. Contact Avia here.

Maria Ramos has joined as Director of Marketing and Digital Strategy. Maria, who is based in Bogota, works directly with sponsors in creating marketing, lead generation and brand building campaigns, utilizing the Nearshore Americas platform and database. Maria earned her MBA from HEC Montréal, one of Canada’s leading business schools, in 2017. Maria can be reached here.

Finally, under the Next Coast Media umbrella, Sergio Quiroz of Nicaragua has been named Vice President and Chief Investor Analyst at Next Coast Brokerage, working alongside Spencer Ewald, Vice President of M&A, in supporting deal-making in the Nearshore and global IT and BPO sector.

Sergio, brings to the team nearly 15 years of international business experience, including a key period working on the ProNicaragua team. He played an instrumental role in attracting 30 international companies to Nicaragua, resulting in the creation of as many as 15,000 jobs in the country. To reach Sergio, email him here.

“Each of our new team-members have the sort of skill and vision that make them a great fit for what we’re trying to accomplish. We encourage our readers and supporters to reach out to them and offer suggestions and industry insights,” said Kirk Laughlin, Founder and Managing Director of Nearshore Americas. “Our group thrives on engagement. As we gain knowledge from our supporters, we are able to broadcast those important ideas and insights globally. That sort of reciprocity has proven to be beneficial in all kinds of ways, and we continue to be proud of the role Nearshore Americas has in facilitating investment across our great industry.” 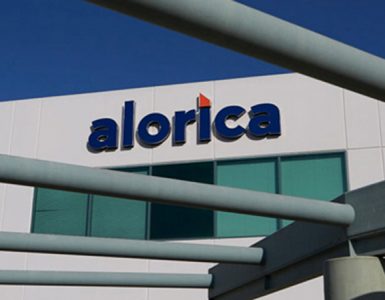 As the pandemic tore through the Americas in March and April of 2020, some Nearshore providers were accused of being caught flat-footed. In particular, Alorica found itself on the defensive amid heavy criticism, withRead more

The restrictions on movement that the fight against COVID-19 necessitated brought the in-person events industry to a sudden and shuddering stop. In Latin America where the personal touch is so valued in business, theRead more

Transcom Returns to Colombia With a Point to Prove

Five years after exiting Colombia, Transcom is returning. With a new delivery operation spread across two floors – which may grow to four – in Bogota’s Chapinero district, Transcom is stepping back into a market thatRead more