After months of bidding and negotiation, Japanese technology giant NTT Data has agreed to acquire Dell’s Services unit for $3 billion. The confirmation ends months-long speculation over the bidding for Dell’s IT unit and will bolster NTT Data’s technology resources and BPO operations across the Americas. Among the bidders were French BPO firm Atos and Indian IT outsourcing service firms TCS and Cognizant.
As part of the deal, NTT Data will take on 28,000 employees from Dell’s offices spread across the Americas and India. “In addition to expanding our businesses in the North American region, we will aim to strengthen services using cutting-edge technology for cloud services and business process outsourcing service,” NTT Data said in a statement.
The company noted that this acquisition also initiates an important business relationship with and Dell John W. McCain, CEO of NTT Data, added that, “Dell expands our resources to provide next-generation application and business process services to help clients leverage IT to drive business performance and outcomes.”
Formerly known as Perot Systems, Dell’s Services is a major provider of technology consulting to healthcare and government departments. Founded in 1988 by former U.S. presidential candidate Ross Perot, it was acquired by Dell in 2009 for $3.9 billion.
Dell first started shopping the business late last year before it announced its plan to acquire storage giant EMC. The proceeds of this sale would be used to repay the loan Dell borrowed for acquiring EMC.
The computer maker wants to focus on cloud technology and compete with the likes of Hewlett Packard Enterprise and Oracle as well as cloud computing leaders Amazon and Microsoft.
According to reports, Dell’s IT services unit generates annual revenue of around $2.8 billion. The acquisition bolsters NTT Data’s BPO capabilities, particularly in healthcare and insurance industries, and adds dozens of data centers in the United States, United Kingdom, and Australia.
“Our investments in digital services, application modernization, tools, automation and ’as-a-service‘ models, have enabled Dell Services customers to simplify their IT environment, empower their workforce, engage their customers and grow,” said Michael Dell, chairman and chief executive officer of Dell Inc. “Together, NTT DATA and Dell Services will be a winning combination for Dell Services customers, team members and partners.”

Costa Rica has declared a state of emergency after a gang of cybercriminals crippled the country’s IT systems to extort the government out of millions of dollars. The decree came days after the criminals published aRead more

Latin America’s tech boom looks set to die down this year, as the United States continues to tighten monetary policy in a desperate bid to clamp down on inflation. Latin America pulled in more than US$15 billionRead more 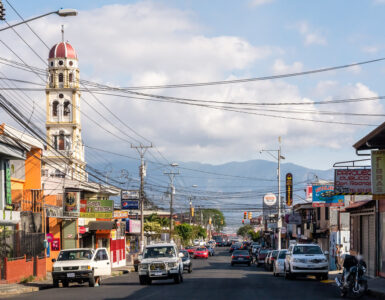 Costa Rica has expanded its free trade zones beyond the capital San José in order to attract investment and job opportunities for people residing in the countryside. Free trade zones, which offer numerous incentives toRead more

Beyond the Bottom Line: the Value of Having an Affinity with a Nearshore Partner

To Return to the Office or WFH, That’s the Question!