Panama’s gross domestic product for the third quarter of 2011 rose 10.4 percent from a year earlier, the government statistics agency reported on Thursday.

Driven by heavy government infrastructure spending — including the $5.25 billion expansion of the Panama Canal — Panama’s diverse services-based economy has been boosted by private construction, foreign investment and international trade through the canal and ports.

Panama’s roaring economy could expand by around 10 percent in 2011 and remain among Latin America’s top performers in 2012, according to government projections.

Heading into more global economic turmoil in 2012, Panama is considered to be on even stronger footing that it was in 2009, when GDP growth dipped to 3.9 percent from 10.1 percent a year earlier.

“We don’t expect the downturn in 2012 to be as sharp as it was in 2009 (for Panama),” said Casey Reckman, an analyst at Credit Suisse, which in a recent report pointed to continued strong domestic demand — driven by public investment and credit growth — as the main buffer for Panama’s economy in a weak global growth environment. 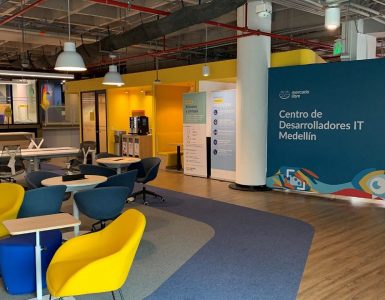 Argentinean e-commerce firm Mercado Libre has unveiled another innovation center in Colombia, this time in Medellin. The 2,400-square-meter facility will be staffed with 400 professionals and develop technologyRead more

British BPO startup Ventrica has expanded operations to Jamaica, launching a contact center in Montego Bay. The facility will hire around 300 people by the end of next year, providing English language customer serviceRead more 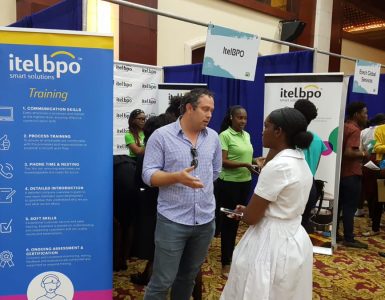 Jamaica’s BPO provider Itel has launched a contact center in Jeffersonville, Indiana, after landing a service contract with an American luxury fashion retailer. The delivery center with 34,000 square feet of floor spaceRead more

Agent Onboarding Has Seen Radical Change. Is that a Good Thing?

What Can We Learn From El Salvador’s Crypto Venture?

US to Open Travel for Vaccinated Foreign Nationals