Peru Attracts a Record US$4.1 billion in FDI

Foreign Direct Investment (FDI) has continued to rise in Peru. The Andean country received more than US$4.1 billion in FDI during the first quarter of 2013, a 15.4% year on year  increase when compared to the same quarter last year.

This figure accounts for 8.1% of GDP in January-March, according to the country’s Central Bank.

Given a recent report from the Economic Commission of Latin America and the Caribbean (ECLAC), Peru’s FDI inflow grew at a record rate of 49% in 2012. The Andean country, which exports a huge amount of copper and gold to countries around the world, is also making efforts to strengthen its services sector.

Peru received US$ 12.2 billion in FDI in 2012, reports ECLAC, underscoring the country’s political and macroeconomic stability, which has long been regarded as the main attraction of investment in the country – analysts say.

Interestingly, many foreign companies are reinvesting and thereby boosting the country’s economy further.  According to experts, Peru could even attract more FDI than Chile and Colombia if it reformed the markets further.

According to ECLAC, Latin America and the Caribbean received US$173 billion in FDI in 2012. The UN agency attributed this increase to the region’s steady economic growth, high prices for raw materials and the impressive returns on investments.

“The foreign direct investment results attest to the good current performance of the Latin American economy. However, we see no clear signs of FDI making a relevant contribution to generating new sectors or creating activities with a high technology content – as changing the production structure is one of the main challenges facing the region,” stated Alicia Bárcena, executive secretary of ECLAC, in a press release recently.

Chief information officers (CIOs) are feeling stressed these days, as their business owners are increasingly relying on them to boost revenue, according to a study by Logicalis. With the talent shortage worsening and... 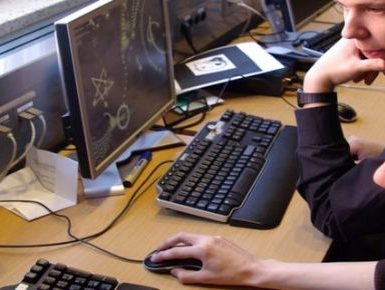 IT wages around the world increased an average of $5,000 in 2019, as the industry employees are learning new technology skills and performing better, a study by Global Knowledge has found. “Global IT compensation is the...

Global Companies Operating in Mexico are Reducing Investment: Here’s Why