Collaboration is a core principle in scrum, and that means embracing communication in a very deep way. But, how often do managers and clients really listen to what developers in the trenches have to say?

That is one of the main points we heard from Hubert Smits, a respected Scrum trainer with nearly two decades of experience, who served as a special guest contributor and moderator to our recent “Scrum Master Super Session”.  As part of our engagement, Smits shared some of his key thoughts on the state of scrum in 2020:

Nearshore Americas (NSA): What attracted you to scrum?

Hubert Smits (HS): Back in 2001, I was a project manager in a banking project in Scotland, as part of a consultancy project. The consultancy company was building a mortgage solution iteratively. We had all the aspects of scrum, although we didn’t know about scrum, the agile manifesto was being written while we were working that way.

That was my first hands-on experience with that scrum-like development. The project was wrapped up for me, and then I had time to further research. And that’s when I found the agile manifesto and the Scrum Alliance. I got to know Ken Schwaber and several others. I brought Ken Schwaber to Scotland in 2003 for a scrum master trainer. We became good friends.

Ever since, I have been involved with scrum and the Scrum Alliance and working with a small group of people to start scrum, because nobody knew about it. I became a trainer in 2005, and I still do that. I still do coaching in companies.

At the moment, I am working in a small group to bring agile and scrum to industrial environments. So, not building software, but physical products, usually very high-end products, like satellites. That’s very new. It’s also very successful. The most interesting one that I experienced last year was creating drinks, alcoholic drinks with scrum. That went so much better and faster than doing it the old way. That’s where my interest is at the moment.

NSA: What was the main element that got you hooked to the scrum methodology?

HS: The success. When I started, I already had 20 years in software development, and I had all the bad experiences with projects, overrunning all-night work and bad quality, and all that stuff. Then we built that mortgage project in Scotland, and it was successful, it went fast, it worked. We saw a happy customer. It was the success that sold me into it.

NSA: What are the main obstacles people usually face when implementing scrum?

HS: The belief from companies that just training will do it. That it is a set of practices that they can learn, whereas when I see success it is where companies do training, and they make it their own—the internal effort to make it work.

NSA: What have been your most successful cases, and what do they have in common?

HS: The most successful software (that I worked with) was with AOL, for example, although it was a while back. AOL had that challenge of headquarters in the US, and they had all their development in India, in Bangalore. That was very successful, because they implemented the communication structures, and they treated the people in Bangalore with respect. It keeps coming down to communication.

NSA: What have been mistakes from which you have learned?

HS: Unsuccessful situations are when people just want to buy a solution and don’t expect to do the work. And the other one is when the workers, the development people, are not treated respectfully. And they are forced to do things the way the customer wants, rather than through respectful collaboration.

What I learned is that there is so much knowledge and experience around what is happening, what goes right and what goes wrong, and what are possible solutions on the work floor.

This is something I did wrong myself.  A remote group was having problems with the built server. I was trying to solve that problem. We could buy another one, but that would take two months, and we didn’t have the budget. And I didn’t involve the developers until at the very end I gave up and said, “I don’t see a solution, do you see any?”. And one of the guys on the phone said: “yeah, I’ve got the old server sitting under my desk doing nothing, can we use that thing?”. If I just had listened from the beginning, we would have been way ahead in the discussion. So, listening to your people on the floor is what I learned.

NSA: Culturally, what aspects in Latin America might not align with agile principles?

HS: Nothing comes to mind. I don’t see that. The culture is fine. Much better than India, with the command and control structure. The skills, knowledge, are excellent. There is much more of a community culture or a family culture. That’s where the US has a problem. The US doesn’t have a collaborative culture, it’s focused on personal wins, and there’s much more team play in Latin America.

It’s in the customer-supplier relations where work needs to be done. That means that you have to get an American company with American managers and American product people, to obtain a bit more of the Latin American culture to have success. The best example of that is when I was working with an outsourced solution into Argentina. The company was based here, in Denver, and in other US locations. We sent one of the business analysts, an American woman, for eight weeks to Argentina, and she totally embedded in the team. When she went back to the US, that’s something that you can build on.

This is where the implementation problem hits. So, I always recommend, when companies think about outsourcing, for them to analyze how often they go there, how often these people come to you. They say that’s expensive, but lack of performance is far more expensive than travel.

Diego Pérez-Damasco is a writer and managing editor at Nearshore Americas. He has more than six years of experience covering politics and business in Latin America. He has been published in media outlets throughout the Americas and holds an MA in International Journalism from the University of Sussex, United Kingdom. Diego is based in Costa Rica. 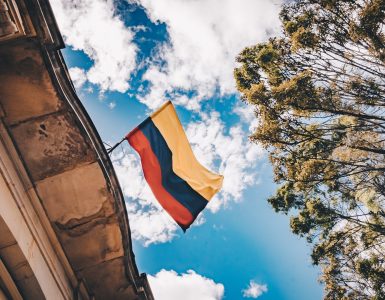 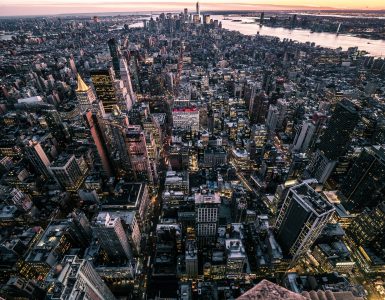 Perplexed. Mystified. Confused. Those are the types of reactions we see when investors come to realize that Mexico no longer has a front door. The welcome mat has been removed along with the “Open for Business” signRead more 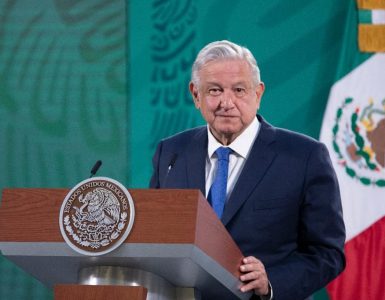