As many as 19 U.S. states have increased, or are in the process of increasing, the hourly minimum wage, rising to as high as $11.50 in some locations.

Among the states offering highest minimum wages are Massachusetts and Washington, according to Associated Press. In Arizona, the wage has leapt up by $1.95, from $8.05 to $10.00.

The increase is expected to benefit nearly 5 million low-wage workers across the country. The last time the minimum wage increased in the United States was in 2009.

In some states, the pay rise is the result of a referendum held last year, but in Alaska, Florida, Missouri, Montana, New Jersey, Ohio, and South Dakota, the increase in wages was based on indexing.

Labor unions have applauded the move, but some business organizations have threatened to challenge it. In Arizona, the state Chamber of Commerce and Industry has filed a lawsuit seeking to block the raise, at least temporarily.

As usual, politicians and labor advocates are arguing that pay rise will bolster the economy by increasing the purchasing power of people. But some businesses say they just cannot afford to pay a higher salary.

The minimum wage is also going to be increased in 22 cities and counties, including San Diego, San Jose, and Seattle. According to Forbes, San Francisco will see its minimum wage levels grow to $15 per hour by 2018.

Automaton, outsourcing, and disappearing jobs in the manufacturing sector are some of the factors fueling protectionism in the United States. Some labor unions seemed to have capitalized on this dismay among the low-wage workers to demand for higher minimum wage.

The National Employment Policies Institute has warned that the wage increase will hit the businesses hard, adding that some enterprises may even be closed.

The COVID-19 pandemic “is forcing many American businesses to embrace automation,” the Federal Reserve Bank of Philadelphia has stated in a report, warning that the United States is losing millions of jobs to machinesRead more 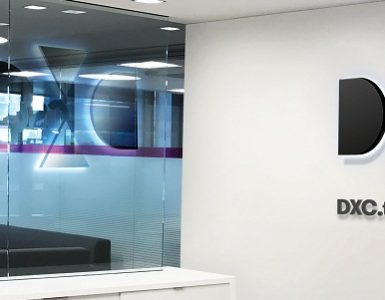 DXC Technology has continued to stack its team with former Accenture executives, with CEO Mike Salvino claiming that the company is on a “transformation” journey. Jim Brady and David Swift, who both previously workedRead more

Costa Rica is reportedly in talks with the International Monetary Fund (IMF) to get US$1.75 billion in loans, as the Central American country prepares to kick-start the economy battered by the COVID-19 pandemicRead more