Despite the hype of social media there is still a lot of skepticism about its effectiveness as a lead generation tool for businesses that rely on other businesses for revenue. This is no less true for Latin American  Nearshore providers of custom software development, business process outsourcing, and call centers.

However, there is a new generation of software outsourcing providers that are harnessing the power of social media to enter international markets and compete against their larger competitor from Latin America, the U.S. and Asia.

Two companies that particularly stand out are Scio Consulting, and Sieena Software,  two “under the radar” companies out of México. They are also using innovative social media approaches to gain market share in the United States.

The first thing you notice about both companies is their size. Both Scio Consulting and Sieena Software have slightly less than 100 employees. But that hasn’t stopped them from generating more than 70% of their revenues from the United States. They were also created from the ground up as providers of outsourcing services to the United States, contradicting the conventional wisdom that you have to already be successful in your own country before entering the U.S. market.

Scio Consulting CEO Luis Aburto commented: “I got my first client in 2003 using a project board which I think was called contractednetwork.com. Back then I was just a freelancer with a website…I didn’t even have any employees yet.” Sieena CEO Mauricio Duran’s first two customers were people he had met while studying in the United States about ten years ago, both of whom are still customers today.

Both companies provide development services for the Web, niches not traditionally served by outsourcing providers, instead of competing head to head with the large providers in managed services or IT outsourcing. “We focus on building corporate Internet portals using Microsoft Sharepoint, with an emphasis on user interface design,” Durán said. “This is an area almost completely ignored by the large Indian providers.”

Scio Consulting’s helps software companies deliver their applications as a service over the Internet as Software-as-a-Service (SaaS) companies. Aburto’s roots as a “freelancer with a website” makes him unique in the outsourcing space. Aburto says that about 60% of Scio’s customers come through their website. However, it wasn’t always like that.

“In the beginning all we had was our website, and we promoted our services through our network of contacts,” said Aburto. Sieena’s Duran said most of his early customers were people he had met while studying in Los Angeles.

Scio Consulting initially used the traditional marketing tools common to B2B technology companies. According to Aburto, “…we did telemarketing, email marketing, launched a blog, held webinars, podcasts, wrote white papers, and even had booths at trade shows and conferences.” In 2003 they started using LinkedIn, forging connections with their contacts. But starting in 2008 they became active participants in various LinkedIn Groups, and in 2009 started using Twitter and Facebook.

Aburto said after experimenting with various social media channels and approaches they found there wasn’t a magic bullet. “We experimented by focusing on different approaches, and what we found was that there isn’t a single activity that provides you the best results. What’s worked for us is to have a presence and a voice in many different channels,” explains Aburto.

Scio practices a classic two-step approach in their social media marketing.  Reminiscent of direct-response advertising, they first offer valuable content by promoting their webinars and workshops  instead of directly soliciting business.

After prospects attend a workshop or webinar many of them turn into customers. Aburto: “We get roughly 50% of our webinar and workshop attendees through social media.”

What about Lead Quality?

“One time one of the largest American software companies sent eight people to one of our workshops because they found out about us via Twitter,” Aburto said. He said they eventually became a customer.

Sieena’s story is slightly different. According to Duran, their first social media success was a customer that found them through LinkedIn. “We currently get 20% of our business through the Internet, but we have started to see more activity on our website through our weekly blog posts,” Duran said.

Sieena takes a more narrow approach to social media. Duran: “What has worked for us to choose a limited number of marketing activities and focus on that,” instead of spreading themselves too thin.

“In order for social media to work, it’s important that the content that you publish is relevant,” Aburto says. “It’s relatively easy to make ‘noise’ using social media channels by hiring people to publish content robotically, but it’s very obvious to your customers who is a marketing hired gun, and who is a true though leader.”

Through relevant blog posts, case studies and webinars, both Sieena and Scio Consulting are providing relevant content to U.S. buyers.  But what about other Latin American outsourcing providers? Has the word caught on yet that relevant content and “thinking like a publisher” is the way to success? That remains to be seen.

We would love to hear your views and experiences on social media and content as a way for Nearshore services provides from the Americas to drives success in foreign markets. 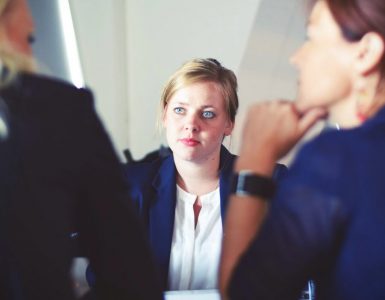 The Competition Grows: How to Get Ahead in Talent Acquisition

Many businesses’ major problem right now is hiring. That might sound odd given that the world is still in the midst of a pandemic and global economic upheaval, but recruitment competition is rising everywhere. And evenRead more 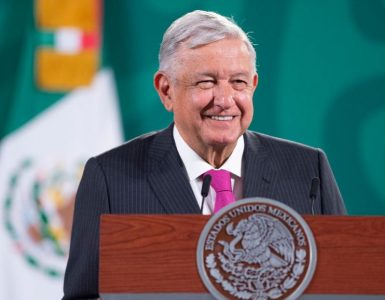 On April 23, Mexico’s populist President Andrés Manuel López Obrador (AMLO) signed off on a bill effectively banning companies from outsourcing jobs for “core business activities”. While this will have little impact onRead more

For the past month I’ve been in the process of scoping an OPEX engagement with a potential client. The solution required so many separate segments of different domains of knowledge that I was actually doing consultingRead more

Q&A: Uber Weighs in on the Nearshore Explosion

The Competition Grows: How to Get Ahead in Talent Acquisition