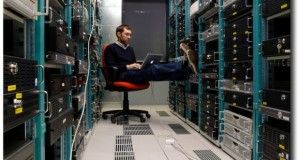 Survey: Software Engineers Believe They Are the United States’ Most Valued Workers

A large number of software engineers believe that they can become millionaires one day because of their deep knowledge of computer technology, according to a survey conducted by Seattle-based code automation company Chef.

Chef says it polled more than 1,000 software developers across the United States. Of these, more than 55% said they are confident that they will become millionaires. A significant majority stated that they would like to remain to their job for up to nine years, while about 25% of engineers said they want to stay on for more than 10 years.

The majority (69%) believe that their job is recession-proof and that they carry out the most important job for businesses, while nearly 91% said they’re the most valuable employees at their company.

The average engineer makes about $73,000 per year in the United States. The survey showeds more than 60% of them expect to get a raise in the next 12 months – even though 84% think they are already being paid what they are worth.

Today, software engineers are “shaping more than code and gaining prominence in the process,” the report notes.

“As business requirements changed, developers were uniquely suited to configure the enterprise for the digital economy, thereby pulling them up from basements and into boardrooms, and giving them a more prominent role in everyday culture,” Chef said.