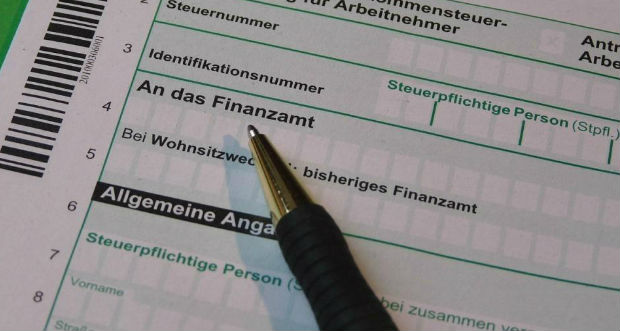 The Jig is Up for Tax Cheats: Caribbean and Central America Close the Loop

In Panama, owners of bearer shares no longer have their anonymity ensured. In the Cayman Islands, tax information will soon be shared under the US Foreign Account Tax Compliance Act (FATCA). These are just two striking examples of how jurisdictions in Central America and the Caribbean are cracking down on tax cheats.

“Cayman believes that modern, cooperative, and transparent jurisdictions will increasingly be defined by their use of global automatic exchange of information mechanisms,” says Lesley-Ann Thompson, a spokesperson for the Cayman Islands Ministry of Financial Services, Commerce, and the Environment. “This includes multilateral approaches in tax matters, and their demonstrated effectiveness in the implementation of these measures.”

The Cayman Islands tax information exchange agreement (TIEA) with the US was announced on August 13, and sets the stage for integration with FATCA. With regard to Panama, the new law to improve financial transparency won’t come into effect until August 6, 2015. The law will establish a custodial regime for bearer shares that includes a record of the final beneficiary, in effect leaving no place to hide.

(UPDATE: This summer, the Eastern Caribbean Central Bank (ECCB) established a working group on FATCA. The result is that important Caribbean Community (CARICOM) countries such as Antigua and Barbuda are on track for FATCA compliance, perhaps as early as 2014. )

These measures come after significant pressure from the OECD and the G20 for Panama and the Cayman Islands to show more financial transparency.  Now they are hoping that these measures can work to their advantage, with the Central American nation and the British Overseas Territory presenting themselves as being on the vanguard of transparent financial reporting.

“Cayman is proud of its well-established record of cooperation on global matters related to the exchange of information for tax purposes,” says Thompson.  “We believe its engagement underscores its leadership position in such matters.”

But there are challenges, too. For decades, Switzerland prided itself as a haven for the world’s most affluent, with strict provisions for privacy. After the Second World War, the global economy became increasingly integrated, and more jurisdictions jumped into the game, with British Crown Dependencies and British Overseas Territories – among them Bermuda, the British Virgin Islands, and the Cayman Islands – taking the lead. But now the former advantages of isolation and non-compliance are becoming a liability due to the limitations they place on access to the global financial system.

“The premise of having one standard mechanism for AEOI is that no one country will have an advantage,” say Thompson. “This is because each participant will be playing by the same set of rules.”

And though there are some well-known tax havens in and near Europe – notably Andorra, Cyprus, Liechtenstein, Luxembourg, and Monaco – Latin American nations have tended not to position themselves as financial refuges. In fact, Mexico has been leveraging transparency and integration to its own competitive advantage, having already signed an intergovernmental agreement with the United States.

The Case of Mexico

“We now join Mexico as the only other nation in Latin America and the Caribbean to have concluded a deal with US tax authorities on FATCA,” says Thompson. “This further supports the stability of our financial services industry, so that we can continue to operate and compete efficiently in international markets.”

Incredibly, Mexico is the only country in the Western Hemisphere to have fully completed an intergovernmental agreement, with Canada and the Cayman Islands still waiting for final agreement after having concluded negotiations. The other countries with full agreements are Denmark, Germany, Ireland, Spain, Switzerland, and the United Kingdom. This positions Mexico and the Cayman Islands well ahead of the big players in Latin America – namely Brazil, Argentina, and Chile – which are in the exploration and engagement phases.

“The global tax and transparency landscape is changing at an unprecedented pace,” says Thompson. “What immediately is apparent is that the exchange of information for tax purposes – whether by request, automatically, or spontaneously – will become embedded as part of the global tax and transparency standards, with the intention of creating a level-playing field for all.”

But a county like Panama, despite the new law, has an uphill slog. It was put on the OECD’s grey list in 2009, and has been diligently trying to make good. Two years ago, as a result of a tax treaty and information exchange agreements with the United States and France, it was removed from the list. It now has a similar agreement with the United Kingdom.

By all accounts, Panama will continue on this path, though it has a way to go. Isabel Chiri, a tax services manager for Ernst & Young in Panama, has said that the recent information exchange agreements signed by the Central American country are only “under requirement, and not the automatic exchange.”

The Financial World after 9/11

Still, the global trend is clearly toward more transparency. This is not only a post 9/11 concern with regard to tracking terrorist financing; it is also intended to address sophisticated global criminal organizations, and corporate bad actors looking for a dodge. With consistent processes in place, jurisdictions can now compete based on the quality of their financial services.

“Countries should no longer be evaluated on irrelevant, purposeless and emotive yardsticks such as location and economic model, but on the appropriate measurements such as the strength of their legislation, regulation and their implementation in practice,” says Thompson.  “These measurements obviously would be much more fair, sensible, and indeed meaningful for investors, the general public, and civil society.”

In effect, the financial incentive to provide tax havens based on extreme privacy has been – and will continue to be – seriously eroded. Any jurisdiction that wants to participate in the international financial system now has to consider intergovernmental agreements. China is notably absent, but Russia and India are exploring the option. And with Latin America’s big players set to come on board, it is expected that the region’s financial services industry will be well-positioned to compete globally.