The funding round was led by German venture capital firm BlueYard, stated AirTM without disclosing other investors.

The tech startup makes it easy for people to send, receive, or store funds in any currency in the cloud. On its website, AirTM says consumers can “transfer money like email or withdraw in local currency if needed”.

Its service has been hugely popular in Venezuela, where multiple years of hyperinflation have turned everyone’s savings into nearly worthless piles of bills.

Some Venezuelans are reportedly agreeing to pay higher fees to convert their bolivars into US dollars. The startup claims it has allowed Venezuelans to bypass their banking system completely.

Barely three-years-old, AirTM manages around US$9 million in monthly transaction volume with 4,000 daily active users. With many Latin American currencies becoming increasingly volatile as a result of the interest rate hike in the United States, the startup has found the ideal time to expand its services in the region.

“AirTM has created a new financial infrastructure that can help hundreds of millions of people in emerging markets gain financial liberty and participate in a resilient exchange of assets outside of traditional banking systems,” commented Jason Whitmire, Partner at BlueYard.

“We’ve driven huge growth by enabling the exchange of a diverse range of financial assets at free market rates and providing a digital wallet to hold those assets,” commented Ruben Galindo, AirTM’s Co-Founder and CEO.

Dutch network operator Everynet has rolled out an internet-of-things (IoT) network in Puerto Rico, widening opportunities for enterprises across the island to harness the power of data. The IoT network collects dataRead more 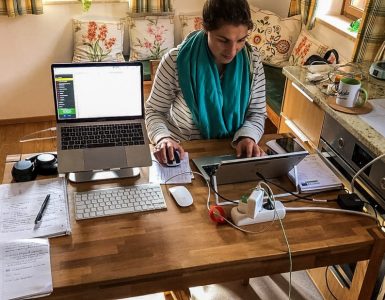 Remote-working is set to become a permanent feature of corporate culture in Latin America and the COVID-19 pandemic is also accelerating automation, according to a study by regional HR firm Runa. Less than 5% ofRead more

COVID Fallout: Some IT Skills Lose Value and Others Gain