Software engineers, developers and contact center vendors from Mexico’s Baja California area are teaming up on collaborative projects with Southern Californian partners – and both areas are benefitting. The growth in partnerships and cross-border transactions has been spurred on by mutual demand. Some have predicted that the aptly-nicknamed Mega region, which encompasses over 35,000 square miles and houses a combined total of more than 6 million people, will be the next Silicon Valley.

Recognizing the labor expertise and cost-saving possibilities of collaborations with Mexico, companies like 3D Robotics, a drone manufacturer, have situated their manufacturing facilities in Tijuana, while their administrative offices reside in downtown San Diego. It is a self-described bi-national start-up – and it is not alone.

Ex-Qualcomm executive Erik Bjontegard, who is now President and founder of Total Communicator Solutions (TCS) and its Spark Compass solution, understands the value of the Baja-SoCal connection. “It has given us the competitive advantage over Silicon Valley and the North,” he said.

When Bjontegard was setting up TCS he drew on his Qualcomm experience, recognized the need to start with a global approach and initially looked to China and India as possibilities, before realizing that the nearshore and in particular Baja offers more competitive advantages. TCS’ leadership sits in San Diego, while its development team is based in Tijuana and Bjontegard said this allows them to draw on the best of both worlds.

The Baja connection is useful not only in terms of traditional nearshore advantages such as close proximity and cultural affinity, though. TCS has a development team in New Zealand and sales and marketing teams in Manchester, London, Barcelona and Madrid among others. “The beauty of the Baja team is that we have a bilingual team from the start whether we are serving Spain or Latin America,” he said.

TCS has partnered with Tijuana-based ArkusNexus and Bjontegard is quick to praise not only the skill level of the talent on the ground in Mexico, but also the leadership and management offered by ArkusNexus.

“This is a secret weapon for us in comparison to Silicon Valley where the cost of putting together such a team is much higher and not as easy to manage,” he said.

Interest in the region is growing. “This link has been largely motivated by the needs of US-based companies, mainly in the financial sector, looking for a highly talented and cost effective workforce,” said Eric Esparza, President of Baja-based Call Center Services International. Esparza stressed that the Baja region has excelled in providing Southern California with cost-effective nearshore solutions, especially in the sectors of IT Help Desk, Server Management, Virtualization, Network Management and Software Development.

“Working together on these projects is a win-win for both regions. The US spends less and in turn is able to redirect that cost savings elsewhere in their companies, while the Baja region earns more experience and gains more confidence of their US counterparts,” he said, adding that the region is benefitting greatly from these advantages.

“As a result, we expect IT jobs such as developers and programmers to be on the rise in the following years which is great news for the SoCal/Baja California region which we call the Mega Region,” Esparza said.

Efforts to increase collaboration and transactions between the two areas are increasing. Companies like Centro Ventures, which launched in June 2015, are also trying to leverage the benefits of increasing collaboration across the region to enact greater economic and social change. One such venture, aimed at economic development, is the Hub Station, a co-working development that touts itself as a center of bi-national collaboration in technology, innovation, arts and culture.

The CaliBaja Mega-Region Initiative, which started in 2008, is a “long-term economic development strategy partnering San Diego County, Imperial County and Baja California in Mexico for global competition.” It brings together government, businesses and civic leaders in an effort to develop and capitalize on the growing collaboration between each country.

Significantly the CaliBaja Mega-Region will play host to the 2016 World Forum for Foreign Direct Investment, the first time a bi-national region has hosted.

Although Bjontegard has not had much engagement with those entities trying to further develop the collaboration between southern California and Baja, he is enthusiastic about starting to promote the Mega region and its benefits.

He emphasized that for him there were no barriers or obstacles to the collaboration, despite initially concerns that there might be. “It works,” he said. “We are proud of our Tijuana team. We want to support that. We are going to start to be very vocal about it and promote, because it really is our competitive advantage.”

Bjontegard said that TCS is planning to bring its global channel partners to San Diego and Tijuana soon and the plans are to “deepen the relationship.”

He admitted that the stigma of Tijuana and of Mexicans in general still exists, but he encourages businesses to look beyond that because the talent is exceptional and the benefits cannot be ignored. “The work ethic, the level of talent and the close proximity cannot be underplayed,” he said. “Mexico is different. It is Hispanic in nature and values relationships, so face-to-face meetings are key. Embrace the difference – and reap the rewards.”

Nearshore Americas Contributing Editor Bianca Wright has been published in a variety of magazines and online publications in the UK, the US and South Africa, including Global Telecoms Business, Office.com, SA Computer Magazine, M-Business, Discovery.com, Business Start-ups, Cosmopolitan and ComputorEdge. She holds a MPhil degree in Journalism from the University of Stellenbosch and a DPhil in Media Studies from Nelson Mandela Metropolitan University.

Colombia’s efforts to pull in US$11.5 billion in foreign investment, centered around its “Friendshoring” initiative, offer clear signs that efforts to strengthen the country’s knowledge export services industry areRead more 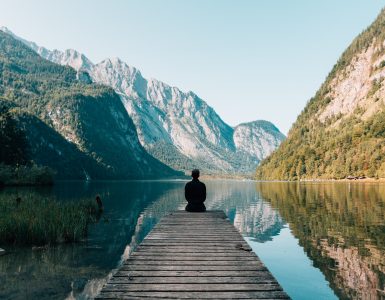 The last two years have seen a blurring of boundaries between home life and the workplace, the personal and professional and time logged on or logged off. Understandably, as borders between these traditionally separateRead more

In February 2021, Brazil and most of Latin America was going through another round of rising Covid-19 infections. At that time, the South American nation had surpassed 250,000 Covid-19 deaths and had the world’s secondRead more