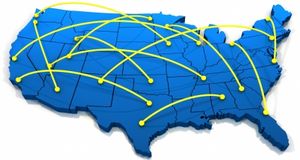 The U.S. onshoring business services’ market has seen steady growth in recent years, proving that outsourcing does not have to mean offshoring. California and Texas remain the dominant states for IT and high-tech investment, but lower cost rural areas are also becoming increasingly attractive destinations.

Earlier this year a BDO USA survey showed that 29% of U.S. tech firms are considering bringing at least part of their offshore work back to the United States. The same survey showed only 5% of CFOs at U.S. tech companies plan to offshore services or manufacturing in the near future.

Rising wages in traditional offshore destinations are making onshoring more viable by eroding the labor arbitrage, while the economic recession has created a larger pool of available labor within the United States. Costs are obviously higher than in most offshore destinations, but there are far fewer hidden costs and the United States has a lower risk rating than anywhere in Latin America or the Caribbean in the Economist Intelligence Unit’s Business Risk index.

A recent KPMG study showed that California remains tech companies’ number one destination in the United States, followed by Texas and the Southeast. The survey 28% CEOS of tech firms indicated that they intend to increase investment and jobs in California over the next two years, while 17% plan to do so in Texas.

California is generally considered one of the more expensive onshore locations and earlier this year Verizon announced that nearly 1,000 employees were to lose their jobs due to the closure of a call center in Irvine, California. However, the west coast state also has a number of key strategic advantages. It is home to the United States’ largest tech-savvy labor pool and there are a range of incentives on offer to help businesses lower their costs.

There are over 930,000 high-tech workers in California, 16% of the national total and more than in any other state. IT jobs have now exceeded pre-recession levels, according to the California Employment Development Department.

The state possesses the nation’s highest concentration of science, technology, engineering and math (STEM) graduates, and it has the lowest outflow of foreign-born (STEM) graduates and skilled foreign-born residents in the United States. California is also second in the nation in its retention of highly skilled natives.

Businesses located within one of California’s 42 Enterprise Zones are eligible for a range of incentives, including a state tax credit of $37,000 or more over five years for each qualified employee hired; and a state tax credit for sales and use taxes paid on qualified machinery and machinery parts purchases on the first $20 million per year for corporations. Tax credits are also available through the California Competes Credit program, based on specified criteria including the number of jobs to be created or retained, employee compensation, amount of investment by the company, and location within California.

Businesses can also take advantage of the Employment Training Panel (ETP), “a business and labor supported state initiative that assists employers in strengthening their competitive edge by providing funds to offset the costs of job skills training necessary to maintain high-performance workplaces.” Founded in 1983, the ETP has served over 78,000 businesses and expended over $1.25 billion in funds on the training of over 800,000 employees. “ETP uses a pay-for-performance contract to provide a specific, fixed-fee cash reimbursement for the costs of customized, job-specific skills training conducted by a company for new hires or existing employees,” the California government says. Common training topics include business skills, computer skills and management skills.

The Lone Star State is an alluring onshore destination. It is the second largest economy in the United States after California, and with over 11 million workers it is home to the second largest civilian workforce in the nation. Texas also claims to be one of the most affordable places to live and with no corporate income tax or individual income tax, it has one of the lowest tax burdens in the country.

There are a range of incentives for businesses that operate in the state, including data center tax exemptions that apply to “state sales and use tax on certain items necessary and essential to the operation of a qualified data center.” Texas Wide Open For Business notes that “The exemption is for state sales tax only. Local sales taxes are due on purchases of these qualifying items,” while “eligible data centers must commit to creating at least 20 qualifying jobs in the county in which the data center is located and making a capital investment of at least $200 million over a five-year period.” Furthermore, the data center must have a single qualifying occupant (not a telecommunications provider) and it must be at least 100,000 square feet in size in a single building or portion of a single building located in Texas.

Among the other available incentives, the Texas Enterprise Zone Program offers businesses cash grants of $2,500 to $7,500 per job created (maximum potential refunds range from $25,000 to $3.75 million), depending on the level of capital investment and the number of jobs created in economically distressed areas of the state. In order to be eligible, the project must be nominated as an Enterprise Project by a local community, which must also offer incentives such as tax abatement, tax increment financing, and one-stop permitting.

Other grants are available through the Texas Emerging Technology Fund for companies that expedite the development and commercialization of new technologies and attract and create jobs in technology fields. An additional Economic Development Incentive Fund is also available to businesses in certain sectors, including IT, that operate in the city of San Antonio.

Finally, Texas’ Workforce Development Fund partners businesses or consortiums with a public community or technical college to fill their specific labor needs. In this mutually beneficial arrangement, “businesses work with college partners to submit proposals, develop curricula, and conduct training,” while “the Skills Development Fund pays for the training, the college administers the grant, and businesses create new jobs and improve the skills of their current workers.” The Texas Workforce Commission also “provides access to a team of highly skilled professionals who provide technical assistance, at no charge, to help streamline the development of projects and proposals.”

Many of these areas are not traditional hubs of hi-tech innovation, but their growing prominence coincides with a trend toward rural onshoring. In recent years onshoring has become increasingly centered around secondary cities and rural areas where broadband access has been greatly expanded labor and real estate costs are about a third lower than in major U.S. cities.

As in California and Texas, the local authorities typically offer a range of incentives to attract investment. The states of Arkansas, Connecticut, Iowa, Kentucky, Maine, Ohio, Pennsylvania, Vermont and Washington all have incentives aimed at IT companies, among other businesses. Click here for a full and up-to-date list of state by state incentives. 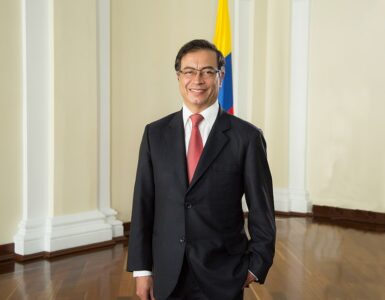 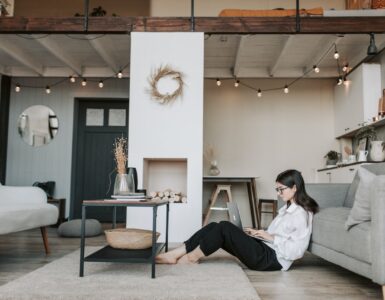 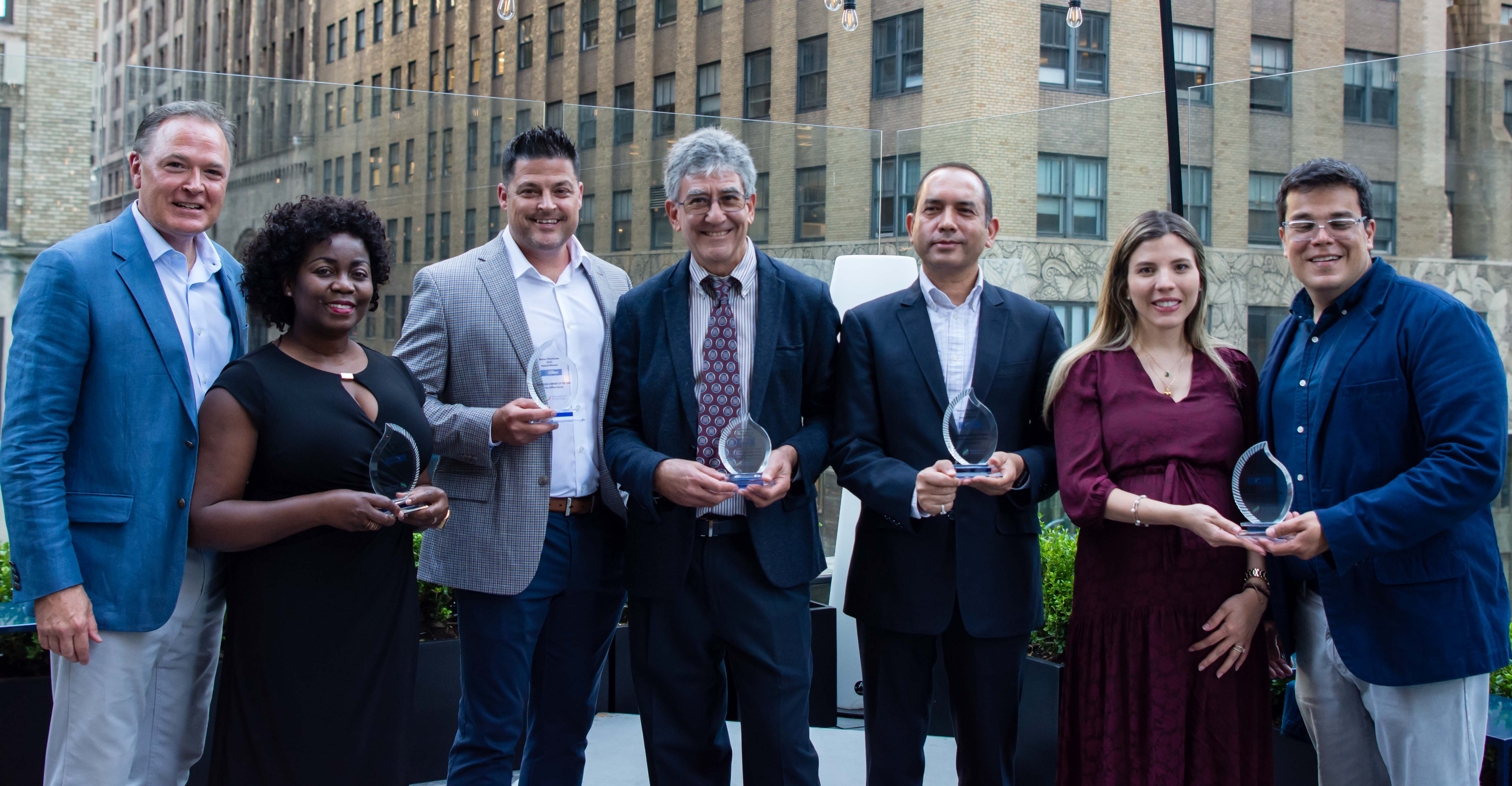