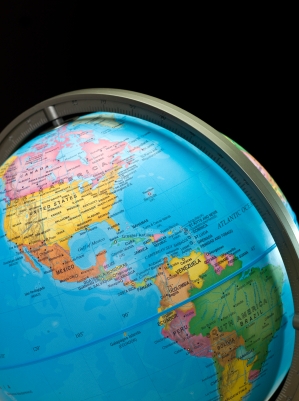 The Dominican Republic-Central American Free trade Agreement (DR-CAFTA) remains a controversial treaty five years after its contentious passage, yet many experts believe that the agreement is only just beginning to show its real impact.

CAFTA-DR forms one of the largest free trade blocs in the Americas, joining together Costa Rica, El Salvador, Guatemala, Honduras, Nicaragua, and the Dominican Republic. Bilateral trade between the US and the CAFTA countries is valued at over $45 billion annually. But nearly five years on from when it was first implemented in the US, what effect has it had on the trade in services? NearshoreAmericas is taking a look at whether CAFTA has in fact enabled a more productive relationship between US customers and the professional services outsourcing industry in Central America.

The Upside for US Companies

Rule of law – In terms of professional services, the main benefit of the treaty is that it implements a uniform set of laws across the entire region. “CAFTA lays out clear market obligations that countries have to uphold, which provide a lot of security to an investor”, says Esteban Aguero, Director of the Dept. of Control of Free Trade Agreements in Costa Rica.

He refers to Chapter 11 of the treaty which states that countries must accord the same privileges to service suppliers of other CAFTA countries as they do their own, and treat foreign investment the same as national investment. This standardization of rules across the board leaves US companies free to take advantage of low costs and local talent in Central America without fear of protectionism.

“Under CAFTA you know exactly what the costs of your business will be, before you set up in a new country. There are no nasty surprises,” – Andy Efstathiou, Nelson Hall

CAFTA also provides increased legal and regulatory transparency. It requires many more certifications and licenses to set up a business, which gives investors greater confidence. The price and tax regimes are also clearer. “Under CAFTA you know exactly what the costs of your business will be, before you set up in a new country”, says Andy Efstathiou of NelsonHall. “There are no nasty surprises”. And if a country doesn’t uphold its obligations, he mentions CAFTA’s impartial dispute settlement procedure through which companies can file cases separately from Central American courts.

“A company gets the same rights and benefits as if it were operating in the US, and tariffs/trade barriers under CAFTA are almost non-existent”, says Ruben Sorto, Marketing Director at Grupo Karims, sponsor of the Altia Business Park project in San Pedro Sula. A country may also not require companies to maintain a representative office within its territory in order to supply a service.

Both these clauses are crucial for smaller companies who don’t have the resources to maintain a presence outside the US, and for whom a tariff of even 5% is enough to shut them out of foreign markets. Employee mobility is another advantage – CAFTA allows American citizens to work freely anywhere in the region.

CAFTA essentially treats US companies as if they were local, and they’re quickly realizing the benefits. Aguero talks about the businesses that recently set up in Costa Rica – “Intel has been expanding its operations here, not just in manufacturing but in services. They even closed a few plants in Asia because of CAFTA. Hewlett-Packard set up a research center in the last year, and we’re currently in talks to bring Google over”. The sectors getting the most investment from US firms are the ones that have opened up most in terms of market access: financial services, telecom and IT, accounting and consulting, engineering and design services.

The response is often quite negative in terms of CAFTA’s effect on Central America. The main criticism is that the treaty effectively hands these countries over to the multinational companies. Their unrestricted access to the Central American market has been a source of intense opposition since the treaty was introduced. “It affects the development model that countries can choose”, says Katherine Hoyt, Co-Director of the Nicaragua Network in the Stop CAFTA Coalition. “The Asian Tigers’ model was to give certain sectors and companies preference over outside competition. But here if we try to protect small farmers and national goods and services, the multinationals can file lawsuits against the government”. The fact that US companies export products below the cost of production puts many people out of business and results in a huge rise in illegal immigration, she says.

Central American companies themselves have a lot of unmet expectations for CAFTA. “Our companies thought they could bid on contracts in Texas, Florida and other US states, which is why many of them supported CAFTA at first”, says Estuardo Robles, Central American Business Development Analyst at Zagada Markets. “But I haven’t seen a single big government contract given to a Central American company”. He also mentions the current trade imbalance – countries like Guatemala and Nicaragua are importing much more from the US than they are exporting.

However, the CAFTA countries have definitely made strides in overall economic growth. According to the IMF, in the two years after they implemented CAFTA in 2006, El Salvador, Honduras, Guatemala and Nicaragua achieved average growth rates above 5% – their highest since the early 1990s. Transparent governance and infrastructure development were crucial in this. To implement CAFTA, countries had to modernize and often privatize their telecom networks to make them business-friendly.

“Costa Rica now has one of the most advanced telecom infrastructures in the region, and we’re attracting sizeable foreign investment, and many high tech companies”, says Esteban Aguero. Insurance options for companies and intellectual property laws were also ramped up under CAFTA, and there was a strong crackdown on software piracy after the treaty was signed.

In terms of professional services, regional economic integration seems to be good for the CAFTA countries. “The skill sets available in these countries pre-date CAFTA, but what was not there before was the organizational capability”, says Andy Efstathiou. Robles agrees – “What CAFTA provided was an agreement that sustained transparency and the rule of law. It gave the US investor or outsourcer confidence in that region”.

In spite of the benefits, some outsource providers say that CAFTA does nothing in terms of growing their business. One reason is the issue of scalability. Organizations in CAFTA countries are small, and the populations are small – too small to sustain large service-focused workforces like Brazil or Mexico. This is not a problem for quality of services, but it may be a hindrance in terms of growth of the outsourcing industry.

Another problem with CAFTA does not have to do with the treaty itself – it is a general lack of information and advertising on the benefits of the treaty. As Robles puts it, “We have not taken advantage of the marketing potential of CAFTA. It was a pioneer treaty in the Americas, and we haven’t been as efficient as we should have in exposing the privileges of the free trade operation”.  CAFTA is a macroeconomic policy instrument in that it creates the conditions for investment. Further than that, it is up to the individual countries to promote themselves and secure that investment.

It’s often difficult to judge the results of CAFTA because each country implemented it at different times in the last few years, latest being Costa Rica in January 2009. The recent economic recession didn’t help either. “We need to wait at least 5 years to see a fully enforced treaty in action”, says Ruben Sorto. The Central American region is clearly developing, and CAFTA plays a role in that. But what exactly that role is, we may not know for some time.