Over the last five years, Mexico’s digital space has been evolving from a dead ecosystem into a burgeoning hive of opportunity for entrepreneurs and investors. At the turn of the century, technology companies had to rely on their own funds in order to begin operating. Today, the country has numerous incubators, investors, accelerators, and early-stage funds just waiting for the right startups to bring high levels of innovation to the table. One such accelerator is Naranya Ventures, an offshoot of Monterrey-based digital distributor Naranya.
Considering that the failure rate of startups is around 50%-80% on average, Naranya Ventures is defying the odds, with 13 companies still alive and moving on to the next round out of the 15 it has funded. After an initial investment somewhere in the area of $40,000 per company, Naranya then provides each with mentorship, support, and a network of contacts to help create value quickly.
The accelerator carefully chooses its startups based on their quality of staff and level of innovation. Arturo Galvan, Naranya’s CEO and founder, told Nearshore Americas that companies must have compelling, exciting, and complimentary teams, as well as showcasing innovative products and services, if they’re to receive financial aid from investors.


Even with more investors now operating within Mexico, the country is still only in the early stages of building a stronger entrepreneurial ecosystem. According to Galvan, they are too conservative and want to see returns instantly, meaning they must learn what it means to invest in the high-risk, high-reward world of entrepreneurship. “There is not much innovation happening in Mexico,” said Galvan. “A lot of models are copied from those in other markets, so the value they offer investors is not enough. There is always the danger that the original company will come to the market and destroy the competition, but this ‘copycat’ stage is necessary if the industry is to develop further.”
Innovation is the next natural step, and Galvan is confident that more exits will start occurring in Mexico and in Latin America over the next five years, bringing with them huge value to the region.
Arturo Galvan was an entrepreneur and innovator in the digital space before it even existed. In the late eighties, he went from being head of technology at Grupo Reforma, the second largest print media company in Mexico and Latin America, to founding his own company, Infocel. Along with the head of Grupo Reforma, Alejandro Junco, the two entrepreneurs launched Infocel Financiero, the first real-time financial information service in the Spanish- and Portuguese-speaking world. After that, Galvan went on to launch a number of other digital companies, including an online database for lawyers, before establishing the first internet service provider (ISP) in the region. As a result, Galvan was named as Latin America’s “Apostle of the Internet” by the Wall Street Journal and was nominated for a number of entrepreneur of the year awards.
“As an entrepreneur, it’s important to understand that the Latin American market is very different to that of the U.S. and other countries,” said Galvan. “For instance, the lack of penetration from the banking industry in the region is a real challenge for the digital industry, and whoever can overcome it will solve a huge problem.”
Most developers of applications and digital content in Latin American face distribution and monetization challenges due to the very low credit card penetration in the region, which sits around 15%. Naranya’s mobile platforms — Naranya Market and Naranya Pay — are designed to negate that issue by creating a digital currency through pre-paid and post-paid mobile accounts. As global telecommunications carriers are struggling to find new revenue streams, business opportunities such as these have become very attractive, leading to Naranya’s successful strategic partnerships with almost 40 mobile carriers in Latin America.
Naranya’s mobile partners provide access to Naranya Market by pre-installing the app on their handsets. In return, Naranya ensures that the app store is filled with compelling content. This year, the company expects to reach more than 20 million Latin American users in its marketplace and has an ambitious goal of hitting up to 100 million users by next year, making it a worthwhile distribution platform for developers that want to sell digital content in the region.
Although Mexico’s IT ecosystem has been successful for many years, it has not been developed around innovation but around IT factories and software manufacture outsourcing. Additionally, many of the country’s engineers are being hired by U.S. companies, leading to a loss of talent. Even so, Galvan sees this as a positive trend and expects those same engineers to return home with their newfound knowledge to build new companies or invest in others in Mexico. “The challenge is to get more engineers to become innovative entrepreneurs, and the country is overcoming that — slowly but surely,” said Galvan.
In an effort to support the industry, Galvan performs many talks and speeches in high schools that aim to motivate young people about IT and innovation. “We need to look at jumpstarting IT programs at high schools and primary schools because everybody should be learning how to code,” he said. “Coding needs to become a mandatory course at this level. It’s where the talent of the future is being created.”
Additionally, Galvan believes that universities should be attracting more students to IT courses, as there are a wealth of business opportunities just ripe for the picking. “If educational institutes can further promote the IT sector, the region could become a rich innovation hub in the next five to 10 years, at which time the value of innovation will be driving the world,” he said.
Looking ahead for Naranya, the company’s goal is to extend its reach into other emerging markets. Naranya already works with the distribution and monetization of content in the mobile space in 18 countries, but has its sight set on fixing common problems throughout the underdeveloped world. “The problems with education, payment methods, and e-commerce solutions that we find in Latin America are very similar to those in South East Asia or Africa,” said Galvan. “I really see us trying to solve these problems in all emerging markets. That is Naranya’s vision.”
Arturo Galvan Mexico naranya Naranya ventures

Benito Abraham credits the freelance platform Upwork with giving him and his career a new lease of life. After 12 years in a senior role at a traditional tech outsourcing company, he made the switch to freelancing as aRead more 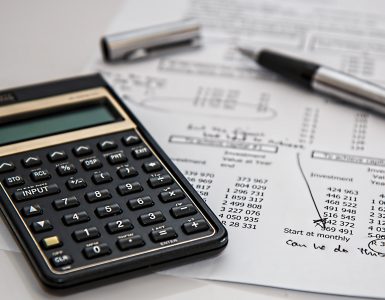 Benchmarking has long been a source of strain for the relationship between customers and service providers. The potential for disagreements over price comparisons and contractual obligations is huge, and market priceRead more 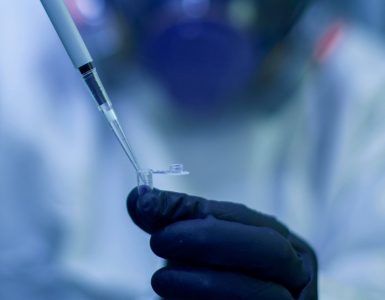 Covid-19 Vaccine: Not All Nearshore Regions to Benefit Equally

There has been some blockbuster news regarding a possible Covid-19 vaccine – first from Pfizer-BioNTech, then from Moderna. These ands other vaccine developments could have profound implications for Nearshore providersRead more

COVID Fallout: Some IT Skills Lose Value and Others Gain