Of Myth and Magic: Superstitions and Traditional Beliefs in Latin America and the Caribbean

With everything from Rick Riordan’s Percy Jackson, to TV shows like Supernatural and Grimm, plundering traditional tales, myths, and superstitions for material, the topics of magic and the supernatural seem set to continue capturing the imagination.

In the Nearshore region, though, it’s not all black cats and spilled salt — superstitions, passed down from generation to generation by word of mouth are an important part of the culture and history of Latin America and the Caribbean.

All superstitions, while often seemingly illogical, offer some kind of conventional wisdom, and there are often similarities between superstitions and folk tales from around the world. Many still hold strong to these beliefs. In fact, a survey by Pew Research found that more than half (57%) of Latino respondants in the United States believe that people can be possessed by spirits, and 44% said magic, sorcery or witchcraft can influence people’s lives.

Whether it is grandma’s warnings about possible bad luck, or tales of mischievous creatures evolved from their African roots, any visitor to this region would do well to learn something about these superstitions, folk tales and beliefs.

Many Caribbean superstitions and folk tales have been modified from European, African or Asian ones, and those of Jamaica certainly fit the bill. Jamaica’s very religious population has a hidden religion: Obeah, similar to Haiti’s Vodou (voodoo). This practice of magic, both good and evil, and witchcraft was brought to Jamaica by West African slaves imported to work on the plantations, but has been outlawed since 1760 – although there is talk of allowing it to re-emerge.

According to Jerome Handler, “Obeah is a catch-all term that encompasses a wide variety and range of beliefs and practices related to the control or channelling of supernatural/ spiritual forces by particular individuals or groups for their own needs, or on behalf of clients who come for help”.

An Obeah practitioner can curse someone or break a curse, offer healing, go into a trance, or solicit communications from the dead. Voodoo is often the inspiration for film and television, but Obeah has seen some coverage in popular culture, most notably in two films, both titled Obeah, one in 1935 and the other in 1987. Writer and director F. Herrick’s 1935 version is believed lost.

Obeah is not the only little-known religion practised in the region: About 80% of Cuba’s population practises Santería, also called the Lucumi religion or the Regla de Ocha, which has been passed down from generation to generation from its early ancestors, the Yorubas of West Africa. It is closely linked to Catholicism and Cubans often practise both in a religious syncretism in which the concepts and terminology of West African religions and Catholicism are combined.

An example of this combination of religions is in the fact that the Santería religion has a Trinity of gods, like the Christian Holy Trinity. These three gods are Olodumare, the Supreme Being and Creator of the Universe; Olorun, the owner of heaven who manifests himself as the sun; and Olofi, who communicates with humankind through the Orichas and teaches people how to live moral lives. The Orichas are intermediaries between god and human beings and are regarded in the same way as saints. Those who practise Santería worship Orichas as well as Olodumare.

The figure of Mami Wata, popular across many African religions, becomes Yemayá, the mother of all living things and mistress of the oceans and seas. According to Dr Cynthia Duncan, an initiated priestess of Santería who runs the About Santería site, “Water is essential to life, so without Yemayá, life on earth wouldn’t be possible. Although she’s maternal and nurturing, she’s also fierce. Her punishments can be terrible when she’s outraged, but she’s fair minded and forgiving when proper remorse is shown.” In Brazil, she is syncretised as Our Lady of Regla or in other places as the Virgin Mary.

Two popular figures in Jamaican and Bahamian myths and superstitions are the Chickcharnies and Anansi, both creatures of mischief. Anansi, the spider-god, is a trickster originating from Western Africa with the Ashanti tribe in Ghana as the starting point. He outwits both the weak and the strong. He has many incarnations around the world, and Marvel Comics even indicated that Kwaku Anansi was the first Spider-Man.

The figure of a trickster is popular in many different mythologies: take, for example, Loki (popularized in recent Marvel outings by actor Tom Hiddleston) from Norse mythology or the Greek hero Odysseus who was known for his cunning and designed the Trojan horse that led to the fall of Troy.

The spelling of Anansi’s name varies reflecting the cross-cultural changes from Akan to the European languages, Creole and other dialects. Anansi stories also sometimes contain a moral or some kind of instruction, much like Aesop’s Fables or the Brer Rabbit stories. One such story is that of Anansi and the Turtle.

One day Anansi picked some delicious yams. He planned to eat them but Turtle appeared at the door and asked to share them. Anansi invited her in but as soon as she sat down, he shouted “Turtle, your hands are dirty”. Turtle had to go down to the river to wash. In the meantime, Anansi gobbled up half the yams. Turtle came back but, of course, her hands were still dirty, as she had walked back from the river. By the time she had returned a second time, Anansi had eaten all the yams.

Chickcharnies are believed to be forest-dwelling creatures resembling birds. It is thought that their origin dates back to the extinct burrowing owl that was native to Jamaica. They are depicted as having red eyes, three fingers, three toes and a tail. If you respect and appease the Chickcharnies by carrying flowers or bits of coloured cloth, you will have good luck forever but if you don’t they will forcibly turn your head from back to front.

A fabled creature belonging to Bahamian tradition is the Lusca, a creature that is half octopus, half shark and lives in ‘blue holes’, a series of underwater caves off the Bahamas. No one knows its origins but it is supposed to resemble the Kraken. If you are unfortunate enough to encounter this creature, you will die. It has even been known to drag people off the shore with its tentacles.

However, cats were considered good luck in ancient Egypt and still are in Japan and Britain. Cats became associated with bad luck once they were linked to witches and witchcraft in the Middle Ages.

Many Latin Americans believe in the ‘evil eye’ or ‘mal de ojo’, a belief that a jealous evil person can cause harm. The Pew Research study found that 39% of U.S. Hispanics surveyed believed in the mal de ojo. Belief in the evil eye is present in many cultures starting from the ancient Romans and Greeks who believed that anyone who was admired too much would attract the evil eye. The evil eye belief is also found in Islamic culture, and is a powerful superstition in India.

Some Latin Americans believe that a remedy for this ‘mal de ojo’ is a dried umbilical cord which must be rubbed around the eyes of the person. In Bolivia, a cure is to rub an egg over the affected person’s body; it is then broken and put in a glass of water under their bed. An azabache, a gold bracelet or necklace with a black or red coral charm in the form of a fist, is also thought to protect against the evil eye.

The need for protection from bad luck or ill fate is common across cultures. Brazil’s superstitions often share a Western European heritage; one such superstition warns to never give a friend a knife as a gift, especially as a wedding present, unless he or she gives you a coin in exchange so it becomes a purchase. If no coin is given, then the friendship is cut (ended).

Another superstition warns: Never pass the salt directly to someone – it will lead to bad luck. Rather set it down in front of them.

The changing of seasons and the start of the new year both lend themselves to superstitious beliefs about luck, love and life. For example, if you happen to be in Cuba at New Year, you will need to eat 12 grapes in 12 seconds as the clock strikes midnight, one for each month of the year, and make a wish for each grape. This is a tradition that has its origin in Spain and brings good luck.

Cubans also believe that you should sweep out towards the street on New Year’s Eve to get rid of all the past year’s negativity. In China, however, it is bad luck to sweep on New Year’s Day as you will sweep all the luck away. In Sicily on Midsummer’s Eve, people put brooms outside their doors to ward off any wickedness and an old English rhyme states that if you buy a broom in May, you will sweep all your friends away.

While not everyone believes in these tales, the multitude of myths and superstitions from this region reflect its cultural diversity and history. To truly experience a country, it is important to immerse yourself in its culture – and superstitions and myths form important foundations of culture. The next time you plan to visit one of these countries, do a little research into its traditional beliefs – you may be surprised what you find.

Guilherme Campos is an Industry Analyst at Frost & Sullivan with a special focus on IT trends in Latin America. He has professional experience in IT consulting, research and planning obtained in big companies such as IDC, EDS/HP, Nestlé, Sonda IT, General Motors and Itautec.

The era of borderless working is in full swing. Despite a global pandemic, or maybe because of it, the surge of interest in migrating to new digitally-powered geographies is a trend that has important significance toRead more 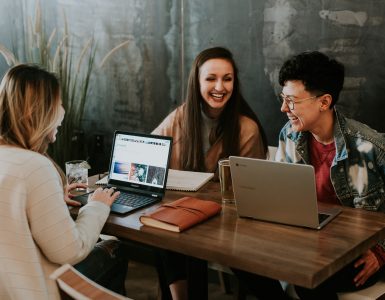 The Nearshore is buzzing. M&A activity is rising as companies make decisive actions to push on with long-term strategies following the last 18 months. Meanwhile, cross-industry digital transformation is pressuringRead more 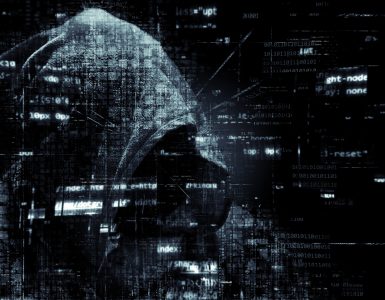 Cybersecurity has always been a relevant topic to outsourcers and the Nearshore at large. By its nature, companies in the industry employ the services of a wide network of third party providers, stretched broadly acrossRead more