Demand for software talent continues to intensify across Latin America.

Hiring managers are, on one hand, trying to tap an often dwindling volume of labor while also tapping the very best of what’s ‘out there’.  Some Nearshore providers will want their developers to have a degree, while others may place importance on those who have taught themselves the trade and are better at adapting to new environments. One company may want a developer who has native-level English while others make exceptions for those who have a high-level of fluency but can improve on the job.

Nearshore Americas spoke to a number of experts in the Nearshore IT world to see what a company should be looking out for in hiring top developer.

What are the most important coding languages to know?

New coding languages emerge each year and it can be hard to keep up with what they should know. But there are a number of “standard languages”, as it were, that developers should have knowledge of. A report by Statista says JavaScript is the most popular language with 64% developers using it while HTML/CSS and Java is at the second and third position respectively.

As Gabriel Martinez, Technical Director at Globant, the Argentine software and IT outsourcing giant, says: “Traditional languages that have a strong presence like Java or .net will continue to have a lot of opportunities over 2019,” he said. “Web standard technologies have every year more and more opportunities, with the possibility to have hybrid or cross compile development, technologies like Electron, Ionic and React Native enable javascript to develop also for desktop or mobile apps.”

He adds that test automation engineer demand has grown exponentially, so tools like Selenium, WebDriver, Appium are getting more and more popular.

While Salomon Ocon, the CEO of  the Costa Rican branch of AI networking and tracking company GBT Technologies, says React and Native are the ones they place importance on.

But some argue that specific languages aren’t even that important at the end of the day. While knowing commonly used coding languages is useful, Argentine entrepreneur Carlos Palotti, the former undersecretary for Technology and Production services in Argentina’s Ministry of Production, Science and Technology, says the developer of today just needs to be able to adapt – and quickly.

“Technology changes so quickly that what is most valued is the ability to learn and adapt to new environments,” he says.

What is an acceptable level of English?

Knowing English is of course vital for any Nearshoring team. And developers in Nearshoring nations are likely to have a decent understanding of the language as most technical manuals and coding resources are written in English.

But there is a difference between being able to have a casual conversation to understanding technicalities when reading and then having a conversation with a client on the phone – and this is vital.

As reported previously by Nearshore Americas, it is not uncommon to see developers who exaggerate their level of English but then fall flat on their face in an interview.

Ocon, whose branch is based in Costa Rica, where there are a high number of native-level speakers say they can sometimes make exceptions: “We also except C1 in some cases which is a very high level of English, if they have other skills, can improve and are willing to learn.”

But Martinez adds that “upper intermediate level”, with a willing to improve, will suffice.

Lagash, a fast-growing software solutions company based in Argentina, told Nearshore Americas that it is extremely important to have a high-level of fluency for dealing with customers in the U.S. or elsewhere.

Employers should remember that a good level of English can sometimes be exaggerated – be it on a resume or elsewhere – and the developer’s ability to engage fluidly with a foreign client is what is most important.

Nearshore Americas spoke with experts about what other key skills developers should have in an ever-changing industry. Importance was placed on “soft skills”, such as the ability to work in a team and communication.

“Being able to work in a team, participating in meetings or presentations, and interpreting projects are not minor things,” Palotti says.

A “sense of urgency” was another trait experts stressed as well as “interpersonal communication skills”. Not placing too much emphasis on a resume is also something those hiring are realizing is vital. Developers can look great based on an impressive-looking CV but how they actually do the job can be another story altogether. Hiring teams are now looking for what extra qualities a developer can provide – and degrees aren’t as important as before.

“Graduation in a certain career – obtaining a degree – is not a priority motive in the selection process either,” says Palotti.

Ocon adds: “There are a lot of programmers who just live and learn and go with the wave and always good to never look down on those people.”

“A lot of self-learners are amazing in this industry.”

How to attract talent

Attracting talent is a whole new ballgame and with fierce competition, there are things software companies need to have in mind when wanting to attract the best and brightest.

Argentine software firm Belatrix regularly holds events to make sure they’re “top of mind” for developers across Latin America when they are considering their options. Paulina Ibarra, Belatrix’s HR Marketing Coordinator tells Nearshore Americas that talks at colleges and universities, running events, holding online webinars and Facebook Live sessions, to running some of the largest hackathons in the region, are some of the key ways they try to attract talent.

Companies are now focusing more on happiness in the workplace. Are developers recommending their friends, or bringing in their resumes, for example? Is the environment comfortable and fun? Companies are now going out of their way to make sure employers feel relaxed in their work spaces, and this can range from including anything from a game room in the workplace, to social events for staff.

A top employer branding strategy is crucial for any decent hiring process, too, and this doesn’t necessarily need a big budget. Meetups are key to show off workplaces and hirers told Nearshore Americas that this is a perfect way to spread the word and get applications coming in.

Demand peaks and troughs are a natural part of the annual business cycle and one that companies companies across industries prepare for in their own way.  But Covid-19 has thrown a curve ball that tested recruitmentRead more 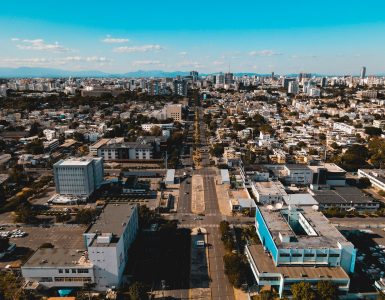 Digital infrastructure has been pushed into the limelight by the pandemic and is the undisputed priority of businesses and governments today. For the BPO industry, which has made a rapid transition to virtual workRead more

Sykes Goes to a “Non-Traditional” Geo in Costa Rica: What are the Lessons?

Breaking ground is never easy, even in the fertile soil of Costa Rica’s northwestern province, Guanacaste.  Flanked by the Gulf of Nicoya to the west and the Guanacaste mountain range to the east, the region overflowsRead more

Tech Staff Spending to Rise 4.6% in US

Sykes Goes to a “Non-Traditional” Geo in Costa Rica: What are the Lessons?

The New Direction of Nearshore: Laughlin Speaks with AFZA