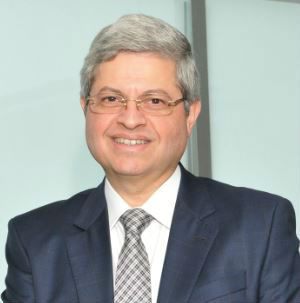 Tax legislation changes are causing concern for Brazilian companies in the Information and Communication Technology (ICT) sector and have increased the regulatory uncertainties in the country.

The change in the tax law, which was proposed by the provisional decree 669, has been included in the draft bill 863 , which should be voted on by Congress this year. The ICT entities proposed an amendment to the draft bill in favor of maintaining the current tax rate of two percent of gross revenue.

According to the Brasscom CEO, Sergio Paulo Galindo, the exemption of the payroll announced in 2011 allowed the increase of formal employment, reducing informality in the labor market in the ICT sector. “The ICT sector created 75,000 jobs in the period 2011 to 2013 and returned the tax exemption to government in the second year after the announcement of the tax reduction, in 2011, showing an increase of 15.7% of annual revenue.”

The IT entities claim that the change in the tax legislation, proposed by the government, increases costs for IT companies and harms the sector’s competitiveness, which has already faced higher costs compared to other countries due to the high tax burden on the labor market and above inflation increases in wages because of the lack of qualified workforce. “Employees in the ICT sector earn 2.2 times more than the average salary in Brazil,” said Galindo.

The change in tax legislation proposed by the government also leaves the door open for companies to choose the deduction of 20% over payroll, instead of having to pay 4.5% of gross revenue.

This option could be interesting for small and medium enterprises, which have few employees, said Fernanda Ferreira Maellaro, a specialist tax lawyer at Baptista Luz Attorneys. “The problem is that changes in tax law increase regulatory risk and make the investment environment worse,” said Fernanda.

According to Brasscom, small businesses, with fewer than 20 employees, are responsible for 32% of the jobs in the ICT sector. IT services providers employ about 420,000 workers in Brazil. The ICT sector in general employs 1.5 million workers.

Another controversial question that has concerned companies in the ICT sector is the uncertainty in the municipal service tax legislation related to the export of services from Brazil.

The Brazilian Municipal Service Tax (ISS) is a tax governed at the national level that is applied on services, and its tax rate varies from two to five percent. The Supplementary Law 116/2003 sets out that the exports of services are exempt from the ISS, except when the service is performed in Brazil and its outcome is also verified in this country, even if a foreign customer pays for the services.

Nonetheless, different interpretations of the law by municipal tax authorities are causing a debate about cross-border transactions. This is because each of the more than 5,500 Brazilian municipalities must issue its own ISS legislation to impose the tax, in accordance with the general guidelines of the mentioned law.

The controversial question is related to the legal interpretation when the service outcome is verified abroad, referring to the conclusion of the service provision. The law does not define what should be interpreted as “service outcome”.

This legal uncertainty has caused many debates between Brazilian service providers and municipal tax authorities when the service is fully performed in Brazil, but in favor of a foreign customer. “The law isn’t clear about what is considered a service export,” said Fernanda.

In the case of the IT industry, for example, if a Brazilian company was hired to develop a website that would be accessed only abroad it can raise doubts as to the exemption of ISS tax, even when the site was in another language. In this case, argues Fernanda, the ideal is that the company has a providing service invoice that shows that the contracting party is abroad and the result will be verified  there.

For services provided electronically, the municipal authorities have taken into account the place where the service was finished physically, explained Ricardo M Debatin da Silveira of Machado Associados Attorneys. In the case of consultancy service provided by a Brazilian company to a foreign customer, the consultant would have traveled abroad to complete the service in order for it to not be taxed. “The fact that someone is out of Brazil is already considered to be enough,” said Gabriel Caldiron Rezende of Machado Associados.

Another interpretation of the law focuses on the place where the result is checked. For example, in the case of the preparation of a report for a foreign customer, whose the outcome is verified abroad, they would be exempt from tax. “This is an issue that has divided the municipal authorities. Some of them may focus on benefit, others consider the place where service will be finished,” said Rezende. The company can appeal to the Municipal Council of Taxes against undue charges or may take a preventive legal action in order to avoid being charged.

One possible solution towards solving this controversy would be to change the national law and define the concept of service export with the aim of removing any doubt. “The law is very general and it would be ideal to define what could be considered a verified outcome abroad,” said Fernanda.