Five years on from issuing its first major report on Latin America as a nearshore destination, KPMG has released a follow-up edition highlighting the changes, disruptions and shortcomings of the LatAm outsourcing industry.

In the new report, KPMG declares that Mexico has become the top outsourcing destination in the region, but “Brazil is losing competitiveness to Mexico, Colombia and Central America due to unfavorable labor regulations and high labor costs.” The report focuses heavily on what it considers a growing trend toward a hybrid model of shared services and outsourcing in Latin America, while KPMG also notes that U.S. clients are becoming more demanding, wanting to insert early exit clauses in contracts and expecting more value-added services.

Written by David Brown, Rafael Coquis, Carlos Gatti and Fernando Aguirre, the report, entitled “A New Latin Rhythm: The Transformation of the Global Outsourcing Business,” notes the strong growth of BPO in Latin America and the growing domestic demand for BPO from local companies.

Nearshore Americas caught up with two of the report’s authors this week to challenge some of their conclusions and learn more about their findings.

KPMG notes a trend for a new hybrid model of shared service centers run jointly with outsourcing providers. “Globally the trend is moving towards a hybrid model known as Global Business Services, which includes shared services and outsourcing as part of an end-to-end global process focusing on cost optimization and value delivery,” the report states. “A shared service center can also be run jointly with an outsourcing service provider to not only reduce costs but also improve efficiency and quality of service. This hybrid model, whereby employees from both companies work together at the same site, is becoming increasingly common in Latin America.”

However, the report only cited one example of this trend in Latin America: a Shared Services Center that Genpact recently set up for British multinational Diageo in Bogota, Colombia. When pressed for more examples,David Brown, SSOA Global Lead Partner, told Nearshore Americas, “We can’t name specific clients, but there are a number of them who are working in the same way as Genpact, where they’re providing transactional services and then they’ll transition back to the client. We know that other service providers based in India like TCS are aggressively working with clients to set up operations in Latin America under the same kind of structure.”

Elaborating on the benefits that the outsourcers stand to gain from this practice, Brown added that Genpact “are doing this to increase the educational skill set and operational efficiencies for the client; but also to demonstrate their value to that organization and gain additional opportunities.” This model also enables service providers “to offer clients a mix of onshore and nearshore services, while leveraging their access to talent, tax incentives and infrastructure in different countries,” the report says.

The report also notes that “improved economic conditions” have encouraged outsourcing, claiming that the devaluation of the Brazilian real and Argentine peso has had a positive impact by effectively reducing labor costs for companies, such as Globant, that earn U.S. dollars. However, currency fluctuation has also increased the level of risk and instability for the companies that operate in countries such as Argentina.

But according to Brown, “Generally speaking, currency and inflation risks are no stranger to the outsourcing delivery centers, and definitely not to the outsourcing service providers. We’re seeing some service providers take advantage of that devaluation. What they’re doing is mitigating the exposure they have associated to that country’s currency by having operations in countries around the world. Our clients take advantage of the devaluation but make sure they’re well aware of the risk associated with that.”

Brown added: “Most of these large multinationals, whether they’re service providers or they’re buyers, do have operations around the world and understand the impact of currency fluctuations, and a lot of them can take advantage of it. We do see them setting up centers in multiple geographies in order to mitigate that risk, but I’d say that it’s not an ‘all-in’ strategy – nobody’s going to actually go out and set up operations solely in one of these countries just because the currency was devalued.”

KPMG observes that U.S. clients are becoming more demanding, inserting six-month exit clauses in three- or five-year contracts and expecting more value-added services. “Such contracts end up with little service flexibility, limiting their scope and service levels. This may be convenient for larger companies with large outsourcing volumes, but smaller and medium-size clients need more flexibility in terms of services, especially given the fast-changing nature of the IT industry,” the report notes.

“Beyond the table stakes of cost reduction, labor arbitrage and standardized processes, value-added services are what every client is asking for now,” Brown elaborated. “What our clients want is more in the realm of flexibility, being able to ramp-up and ramp-down, being able to be innovative, accept new talent and improved analytics. All those elements come with mature operations. And our U.S. clients are really starting to demand more from service providers. Flexibility is starting to cause concern among service providers regarding ‘how do you recover your investment?’ through those pursuits and the investment that you’re making in your solutions. So we do see that pressure.”

According to Carlos Diaz, nearshore director at Neoris, who KPMG cited in the report, the key for outsourcers is “convincing potential clients to give up some control to outsourcing companies that offer economies of scale and software expertise, and above all to free up the valuable time of in-house IT staff to focus on more strategic initiatives.”

The report states that “Brazil is losing competitiveness to Mexico, Colombia and Central America due to unfavorable labor regulations and high labor costs. But there has been a growth in the amount of domestic demand in Brazil, where clients are keen to be served locally due to language issues and the complexity of local, regional and federal tax laws, which mean imported services can be taxed at 50%.”

Asked if this was a major cause for concern for Brazilian vendors, Fernando Aguirre, Partner in Management Consulting at KPMG in Brazil, told Nearshore Americas that “it depends on the outsourcing providers and their strategies, what their target markets are and who their target clients are. It should be of concern that Brazil has been challenged to compete regionally or globally due to our current high costs and complexities. We need to maintain our competitiveness to avoid the loss of some top clients who are considering or even moving their outsourcing operations from Brazil to Mexico or other regions due to the high costs we now have in Brazil.”

Aguirre remains optimistic that Brazil can reverse its fortunes. “I think that changes are coming,” he said. “Some organizations and companies in Brazil are trying to organize themselves in an association in order to persuade the government to reduce taxation and possibly create a tax-free zone for services in Brazil. We cannot ensure or state that it’s going to happen, but I do expect to see some changes in these areas in the next two to three years to avoid reduced competitiveness.”

Mexico has been well placed to take advantage of Brazil’s problems. “We previously did not see companies leaving Brazil for places like Mexico, but now some companies are considering importing services from abroad,” Aguirre admitted – despite Brazil’s high level of taxation on imported services.

KPMG now rates Mexico as the top services destination in Latin America, noting that it moved ahead of Chile to become the region’s top location in AT Kearney Global Services Location Index 2011. Brown said Mexico’s position was partly due to the availability of IT and accounting graduates and the nation’s strong cultural affinity with the United States. “The Mexican economy is in good shape now, generally speaking,” Aguirre added. Moreover, “a large population means more opportunity in terms of labor availability, infrastructure, etc. so naturally Mexico tends to appear a good destination.”

Mexico’s sheer size gives it a natural advantage over other prominent destinations in Latin America, such as Costa Rica, Brown added: “Costa Rica has for a long time been a very dominant country when it comes to setting up captives for U.S.-based clients, but it has a limited resource pool. There’s been some service providers that have built extremely large call centers or processing plants which have thousands of people in them, but it’s difficult to continue to stand out.” With a decentralized industry spread across major cities such as Monterrey, Guadalajara and Mexico City, Mexico has no such problem, he explained.

Citing research by Gartner, KPMG notes that “Latin America’s BPO market represents just 5% of global spending, or around US$7 billion.” However, “Gartner predicts annual growth in the market will average nearly 10% through 2017, up from 5.3% in 2013, led by Colombia, Mexico and Chile, which are all expected to grow at over 10% in that period.” In order to attract more shared service centers and outsourcing services, the report posits that Latin American countries must overcome a range of challenges including “decentralization; modernizing telecommunications infrastructure; cutting red tape and taxes that increase costs; strengthening intellectual property protection; reducing energy costs; developing the talent pipeline.”

“Disruptive technology is impacting all outsourcing providers globally – it’s not region-specific – but in Latin America a lot of people overlook the fact that the IT outsourcing marketplace has been there for an extremely long time, and it seems like there’s a tipping point that’s going to happen across Latin America relative to disruptive technology,” Brown said. “I think the business process side is going to be really interesting because you’ve got a lot of government agencies that have been looking for a number of years at out how to build skill sets through their education channels. And it’s not just about producing software engineers; they’ve been looking at the business process side. In Costa Rica, the government has done a great job of looking at the next layer of the business process – introducing people to financial planning and analytics – and putting emphasis on the next generation of skills required in these types of centers. And I know Argentina is doing the same thing. They’re really looking at the resource talent pool and what will be required going forward.” 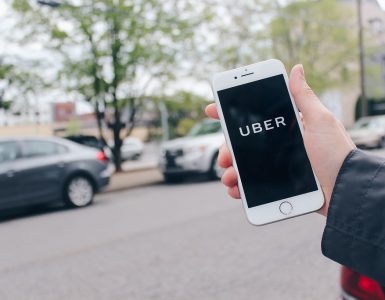 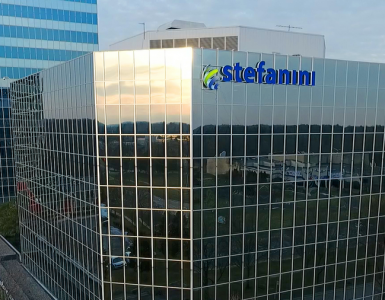 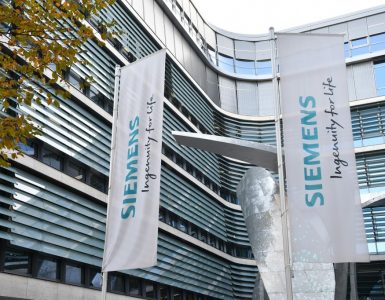