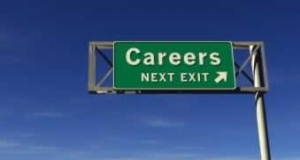 Lack of US Tech Jobs Not Due to Falling Demand, but Gaps in High-End Skills

Tech jobs in this case. That fear has manifested itself through everything from politicians talking tough on outsourcing, to anti-immigrant sentiments, to the new visa restrictions on foreign workers. But evidence now suggests that one of the reasons high-end tech jobs are moving offshore is really the lack of high-end skills to match those jobs.

We spoke with Jerry Luftman, Executive Director and Professor at the Stevens Institute of Technology; and Alok Aggarwal, Chairman and Co-founder of analytics firm Evalueserve, to find out more and why fueling innovation remains the most promising pathway for the U.S. tech community.

First off, let’s make a distinction between high-end and low-end tech jobs. The lower end is essentially entry level IT programming and engineering. These positions involve such routine tasks that companies looking to maximize profits have no choice but to go to the lowest labor cost location. In other words, cost is the differentiator here.

It’s in the more value-added work however that the US has the biggest advantage, and should not be losing ground. In fact as Aggarwal says, “From a cultural, communications, creative or interpersonal standpoint, Americans are far ahead of India or China”. But when it comes to high-end software development, the dedicated expertise is just not present. “Since Americans are not learning math and science in as great detail, there is plenty of lower-end IT talent, but very little availability of upscaled workers who have the complex skill sets that companies are looking for”.

Luftman echoes similar sentiments. The attitude of ‘Obviously there are no jobs, since I’m not getting any’, he says, is a misperception that fuels fear, which politicians in turn use to fuel votes. On the contrary, “there are actually more tech jobs in the US than there are qualified people. So when I hear the complaint about no IT jobs, the question I ask is whether you have the new specific skills that companies are looking for”. Lean, agile, open source, 2.0 – you name it – Latin America, India and China are starting to deliver, while the US is falling behind.

What the numbers say

Many of the fear-mongers today talk about how the number of IT or engineering graduates in the US is far below what India or China produce. But new research by Vivek Wadhwa, Adjunct Professor at Duke University, (and prolific Twitter user) shows that the US is in better shape than people think, at least in terms of numbers. His study showed that the US is actually graduating more engineers than India, and contrary to popular belief, most of those degrees are going to US citizens and not foreign nationals.

The question is, what are they doing with those degrees? According to Wadhwa, 20% of bachelor holders went on to masters degrees in fields other than science and engineering, while 45% went on to work in other fields like  investment banking and management consulting. He concludes that it leads to a problem of shortage of engineers with specific technical skills in certain industry segments.

In terms of job numbers, it’s true that tech jobs have been moving offshore in huge numbers. Last year saw a peak of 311,000 cuts in IT. But the good news is that tech jobs are now being added in the US, fueled by the world economy recovering, and increased demand for tech products in Asia and Latin America. BusinessWeek reported last week that 47,000 jobs have been added to the IT sector so far in 2010, representing a 15% growth in tech jobs compared to a 11% growth in jobs overall. Recent research from IT consultancy The Hackett Group also states that the rate of annual job losses will slow down in the coming years.

Whether the supply or quality of IT workers in the US meets the demand of employers depends on who you talk to. But the core tenet of an open economy suggests that companies will go after the best skills at the lowest cost. If we compare annual wages in the US ($54,000) with those in India ($9,000) or China ($11,000) or Chile ($18,000), it becomes clear that the US cannot compete on cost or numbers of workers.

Instead the country should focus on its competitive advantages which are, and have always been, research and the ability to innovate. Wadhwa suggests creating jobs and job demand that stimulate that lead in research and encourage students into higher-end engineering and science. There is always potential for US companies to work more closely with universities to commercialize technology research, and this is one of the aspects that is already beginning to drive the economy. It’s not being communicated, or at least not effectively, that IT is the place to be from a career perspective. If universities would implement adequate programs that target the specific and complex IT needs of tech companies today, tech workers would be in greater demand once they graduate.

As Luftman says, “If you look at Total Cost of Ownership, costs between the US and offshore locations will converge in about 10-15 years. The difference then will be which location has the most technically skilled workforce”.