Medellin Declared Most Innovative City in the World

Colombia’s Medellin, once dubbed the “murder capital of the world,” has notched yet another important accolade on its way to become a completely transformed city. The newest award: “the most innovative city of 2012.’

The recognition is the result of a competition organized by the Urban Land Institute, Citi Financial Group and Wall Street Journal Magazine. Interestingly, Medellin has outshined Israel’s Tel Aviv and New York to emerge victorious in the final round of the contest.

In the competition, there were cities like Chicago, Singapore, London and Sao Paulo. Analysts say this is an extraordinary transformation of Medellin from being one of the most violent cities in the world to become a global benchmark of good urban planning.

The organizers said they took into account eight factors on their way to choose the most innovative city and some of these factors include environment, culture and livability, economic and investment climate, progress and potential, education and human capital.

There were more than 200 cities in the contest, and there were two rounds of voting.

The Colombian government has recently been trying to reduce carbon emission and has launched a variety of  community development projects for the social well-being of citizens.

Anibal Gaviria, Mayor of Medellin, has expressed his pride for the international recognition.

Events were held in all the three cities that reached the final round of the competition, and 980,000 people took part in the online vote held to select the final winner, said the organizers. 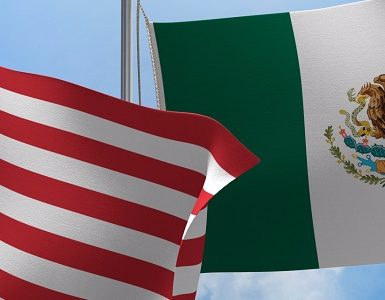 Mexico would benefit greatly if the United States imposed tariffs on goods imported from six countries, including India and Britain, in retaliation for their digital service taxes. Mexican goods exports to the US willRead more

IBM Spins Off IT Infrastructure Business, Naming it Kyndryl

IBM has decided to spin off its IT infrastructure services business in an apparent bid to focus its resources on developing solutions in new technologies, such as artificial intelligence (AI). The spun-off business willRead more

IBM Spins Off IT Infrastructure Business, Naming it Kyndryl

Will Vaccine Passports Offer a Route Out of Darkness?

What the Lasso Presidency May Mean for Business in Ecuador