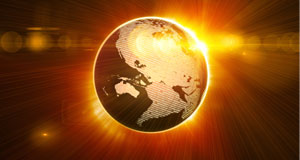 What Latin American countries made a good showing on the World Economic Forum (WEFs) Global Competitiveness Index (GCI), and which ones have a lot of work to do? Defining competitiveness as “the set of institutions, policies, and factors that determine the level of productivity of a country,” annually the WEF measures the microeconomic and macroeconomic foundations of national competitiveness.

Using twelve “pillars”  to determine productivity, performance and competitiveness of each nation, the WEF developed a weighted average comprised of those components and 113 different indicators from a total of 20,000 data points. Countries were then ranked from one to 142 depending on their GCI score which ranges from one (lowest) to seven (highest).

While some nations made strides, and are increasing their competitiveness, others have either stagnated, or slipped in the rankings. Where are the perceived areas of strengths and weaknesses according to the GCI, what country comes out on top?

Within each pillar are various components that are designed to measure a country’s performance. To further classify each country, rather than solely providing a ranking, the WEF organizes the pillars into three distinct groups. This grouping allows us to view more specifically the areas where countries need to progress in order to improve their world standing.

The second group is called efficiency-driven economies and is comprised of pillars five-10:

The last group is called innovation-driven economies and is comprised of pillars 11 and 12:

The majority of Latin American economies are currently in the efficiency-driven stage, with four countries currently transitioning from stage one to two and six countries making the transition to the most developed innovation-driven list. Although the chart speaks in a global generality, it highlights that most countries in the efficiency driven stage need to focus on areas such as improving education, goods and labor market efficiency, developing financial markets and improving technology.

Latin America’s regional real GDP growth rate was 6% last year, so it’s no surprise the region’s GCI improved by .2 points from the previous year. According to the WEF the two main drivers of Latin America’s growth were the improvement of fiscal and monetary policies as well as a strong demand and increase of commodity prices. In order to continue its advancement the WEF highlighted four key areas that need to be addressed in regional Latin America: Weak institutions and lack of physical security, infrastructure, inefficient allocation of resources and lack of innovation.

Compared to prior year rankings many Latin American countries improved their position. Mexico (8), Peru (6) Bolivia (5), Brazil (5), Panama (4), Ecuador (4), Argentina (2), Barbados (1) and Uruguay (1) all moved up in the rankings. The rest of the countries either remained stable or declined in rankings. The largest decline was mainly located in Central America where an increase in violence, principally due to the drug trade, has hampered economies.

Here’s a look at how Latin American economies ranked compared to the rest of the world according to the WEF:

Chile (31) fell one position, but is still the highest ranked country in Latin America. Strong institutional framework, as well as strong economic policy, has allowed the economy to grow since the early 1990’s. Paramount to its success has been liberal and efficient markets that have allowed foreign and domestic competition to thrive. Furthermore, the rise in commodity prices has bolstered recent economic growth. For Chile to continue to improve it must focus on improving innovation and most importantly overhaul an education system that is lacking compared to its peers in the rankings.

Barbados (42) rose one position to 42 despite a severe drop in tourism during the economic crisis. Barbados boasts of stable institutions and a high-quality educational system. However, long term growth prospects remain cloudy as the country heavily relies on tourism.

Panama (49) has the highest ranking of Central American countries jumping four spots from last year. The country excels in efficient financial markets and strong technological adaption. Since much of the economy relies on The Canal, Panama ranks highly in its quality of port and airport services. Panama’s weaknesses lie in an inferior education system and a lack of judicial independence.

Brazil (53) improved five spots from last year’s ranking. High population and an abundance of raw materials have allowed the internal market to operate efficiently. Brazil also relies on strong technological adaption and efficient financial markets to drive a growing economy. However, Brazil is still lacking in key areas such as infrastructure and education that are preventing the country from being more competitive globally.

Costa Rica (61) fell five spots in this year’s ranking. Increasing violence causing uncertainty in the economy is the main reason behind its drop in the rankings. The countries strengths lie in pro-trade policies and high Foreign Direct Investment. Costa Rica also has a quality education system, strong technological adaption and innovation. Of concern (other than rising violence) is a lack of sufficient infrastructure and inefficient macroeconomic policies.

Uruguay (63) moved up one spot from last year. It’s combined transparent policies, quality education and strong FDI to spur strong economic growth in recent years. Also boosting the economy has been the rise in commodity global commodity prices. Currently hampering development are inflationary pressures and the reduction of the national savings rate causing a concern for overheating. Furthermore R&D and innovation need to be improved.

Peru (67) improved six spots in the rankings compared to last year. Quality macroeconomic policies along with improving procedures for entrepreneurs have been key to Peru’s success. Peru has also has strong FDI and is competitive on the international trade market. However, Peru still faces many challenges including improving infrastructure, education, government policies and innovation.

Colombia (68) finds itself in the same spot as last year, however, its overall score increased from 4.14 to 4.20. Stable economic policies as well as an improving educational system are helping Colombia’s growth. Conversely, organized crime and security concerns still plague the country and hamper economic growth. Improved regulation, more efficient allocation of resources and improved infrastructure will also help Colombia’s growth.

Guatemala (84) fell six spots compared to last year’s rankings. Guatemala scored well in the area of business sophistication specifically with high rankings in availability and affordability of financial services. However, an increase in violence has taken a toll on the economy. Also of concern is corruption and inefficient government bureaucracy.

Honduras (86) rose five spots from the prior year rankings. Honduras placed well in the affordability of financial services, soundness of banks and regulation of securities exchanges. Much like its neighbor Guatemala, Honduras’ economy has been hampered by increasing violence, corruption and inefficient government bureaucracy.

Argentina (85) rose two positions in the rankings. Argentina has strong potential with a large population that is for the most part, highly educated. However, much of the potential remains untapped due to a severe lack of trust of government institutions, an inefficient allocation of goods and labor, a large disparity of income and excessive red tape that hampers the economy and innovation.

El Salvador (91) fell nine spots in the rankings. El Salvador performed strong in certain areas of labor market efficiency such as flexibility of wages and cooperation in labor-employer relations. Just like its neighbors Honduras and Guatemala, which make up Central America’s golden triangle, increasing violence has had a significant negative impact on the economy. El Salvador ranked last in organized crime and violence and second to last, Guatemala was last, in business costs of crime and violence.

Ecuador (101) improved four spots in the rankings from the prior year. Ecuador’s strength lies in the country’s macroeconomics performing well in the area of balancing the government budget, interest rate spread and managing the overall debt ratio when compared to GDP. Ecuador needs to strengthen its institutional policies by improving upon corruption and the efficiency and fairness of the judicial system.

Bolivia (103) is up five spots from last year. Bolivia scored very highly in many macroeconomic indicators including inflation rate, balanced government budget and gross national savings. The country needs to focus on improving infrastructure, and also the efficiency of the labor market. Bolivia scored particularly poorly in the area of rigidity of employment which measures the regulation of employment concerning the hiring and firing of workers and the inflexibility of working hours.

Nicaragua (115) dropped three positions from the previous year. Nicaragua excelled in balancing the budget, reducing the number of procedures to start a business and reducing trade tariffs. Nicaragua needs to improve under the institutional pillar, especially regarding judicial independence and favoritism in decisions of government officials.

Paraguay (122) fell two spots from last year. Paraguay ranked well in balancing the government budget and government debt as a percent of GDP. They also ranked very highly under the extent and effect of taxation. Paraguay needs to improve the country’s infrastructure as well as judicial independence and overall corruption.

Belize (123) is ranked for the first time by the WEF. The country’s economy relies heavily on eco-tourism which has declined during the global economic slowdown. Its ranking is due largely to weak government institutions, poor security and a lack of infrastructure.

Venezuela (124) fell two spots in the rankings despite a slight improvement in their score. Venezuela ranks very high (8th) in tertiary education enrollment; however the overall quality of the educational system is very weak. Venezuela ranked last in the quality of public institutions and also has a poor ranking in market efficiency and finished last in goods and labor efficiency.

Haiti (141) is also ranked for the first time. The country is still recovering from the devastating earthquake in 2010 and faces many challenges in the future. On the bright side the country has shown a willingness to foreign trade and has a fairly flexible labor market. 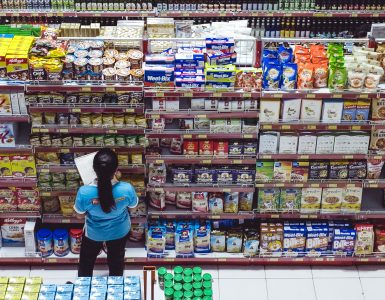 With High-Tech Commoditization Accelerating, Strategy is Everything

It is always the same. When something is new, there is a fascination with “the thing” and whether you have it. You see this trend with fashion, with new products, new methodologies, and yes, also with technology. TakeRead more 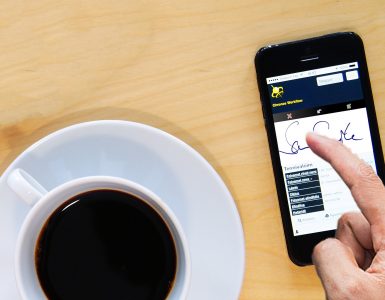 Digitalization has suddenly become an indispensable process for employers. New relationships have emerged in which employees are no longer required to go to a physical site to receive their work equipment, meet theirRead more 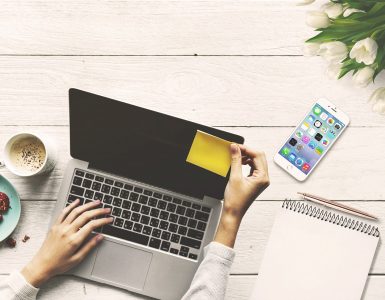 Work-from-home (WFH) has become a very controversial employment scheme. Although the benefits have been discussed, governments and companies were resistant to making it the norm. But the case against remote working wasRead more