The revised order, coming six weeks after the first version, is not as restrictive as the one that the federal court in Seattle scuttled. It has dropped Iraq from the list and exempts citizens who are legal permanent residents of the U.S. with valid visas to enter the country. The countries facing ban include Iran, Somalia, Sudan, Yemen, Syria, and Libya.

Among the tech firms criticizing the new travel ban is car-sharing service provider Uber. “Our sentiment has not changed: President Trump’s immigration ban is unjust and wrong,” Uber spokesperson said, according to The Hill.

Uber, which has operations in dozens of countries across the world, faced severe criticism when it was seen hesitant in opposing the previous executive order. Soon someone started the devastating #DeleteUber campaign, leading to CEO Travis Kalanick’s resignation from Trump’s economic advisory council.

Firefox developer Mozilla issued a statement on its blog saying the order “fundamentally fails to address the issues we had with the previous order”.

Another ride-sharing company, Lyft, has gone a step ahead, announcing a donation of $1 million for the American Civil Liberties Union to what it called “defend the constitution”.

More than 100 companies – including tech heavyweights like Apple, Facebook, Google, and Microsoft – voiced their concern at the previous executive order.

It is not clear whether the revised order is foolproof and cannot be blocked by courts. The previous order was blocked because the court said it is unconstitutional and discriminatory in nature. 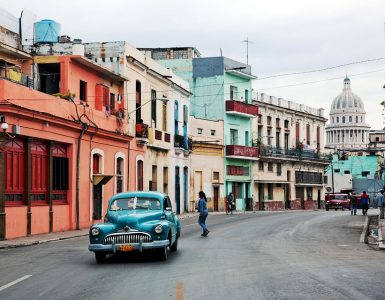 Joe Biden has vowed to re-thaw relations with Cuba, but analysts say Cuban Americans who want Washington to stifle the communist regime will hamper the elected President’s efforts. Winning the hearts and minds ofRead more

Dutch network operator Everynet has rolled out an internet-of-things (IoT) network in Puerto Rico, widening opportunities for enterprises across the island to harness the power of data. The IoT network collects dataRead more