This month Mexico passed a law prohibiting Mexico-based businesses from outsourcing any of their services deemed to be “core business activities” to a third party.

They can, however, outsource auxiliary services. In other words, an auto maker can outsource IT infrastructure services to a third party but it cannot hire manpower for manufacturing automobiles.

Companies that fail to comply with the law may face fines up to some US$221,000 (MX$4.4 million), and lose their legal license to operate in the country. Additionally, individuals breaking the law will face a criminal conviction and sentences of between 14 and 20 years in prison, El Economista reports.

International lobby groups are warning that the reform, promoted by the socialist president Andrés Manuel López Obrador (AMLO), may eliminate millions of jobs and violate the country’s free trade agreement with the United States and Canada, the USMCA.

Labor outsourcing, often referred to as ‘staffing’ in Mexico, has become increasingly common in the country, particularly in the manufacturing sector.

There are more than 6,000 so-called “staffing” firms, or labor subcontractors, in Mexico. Employment at these firms grew from 1 million in 2013 to almost 5 million in 2018, according to estimates by the country’s Labour Department.

Making the Most of a Legal Loophole

According to a report from Bloomberg, many large firms in the country often register their core workers as employees of third-party contractors in order to avoid paying employee benefits. In fact, this business practice has helped companies to evade tax as well as employment obligations, the report alleges.

Under the new regulatory system, staffing firms should register with the government and pay all benefits to their employees.

The new regulatory measure also makes it mandatory for staffing firms to share their profit with their employees. The profit sharing scheme will increase employee payments by more than 150%, reports AP, citing officials at the Labor Department.

In fact it is this profit-sharing scheme that drove large business houses to set up separate firms to employ their own workers. At US$5.50 a day, Mexico’s minimum wage is not high, but the other benefits that employees are entitled to are “too generous”, say analysts.

In a recent Nearshore Americas analysis, industry analysts and legal experts suggested that while a law change was needed to top companies taking advantage of the current legal structure and to ensure that employees received fair benefits, the change was too severe and did not understand how many modern organizations function. For example, those companies who hire extra help for their core business activity during peak periods will no longer be able to do so.

Luz Monserrat Colin Campos, a Tax Partner at law firm JA Del Rio, said: “In Mexico it is very common for one company to hire another with the same core business to fulfill one specific part of that business service or for certain periods in the year. Therefore, service providers will have to think about reorganizing their businesses and specialize each one in order to continue to render those services, depending on how the final legislation is passed.”

Pay Employee Benefits, or Else

Now, the government has made it clear that employers should pay into their workers’ health and retirement plans, in addition to providing annual year-end bonuses.

Local law firm Dentons Lopez Velarde says the legal reform does not prohibit staffing but regulates subcontracting, adding that the new “staffing system” may come into force in the first week of August. Both the labor contractor and the services buyer will be punished if their employees do not get the benefits they are entitled to, the law firm added.

As part of the reform, the government has now added and repealed various provisions of the Federal Labor Law, including the Social Security Law, the Law of the Institute of the National Housing Fund for Workers, the Federal Tax Code, the Tax Law on Income, the Value Added Tax Law, the Federal Law of Workers at the Service of the State. 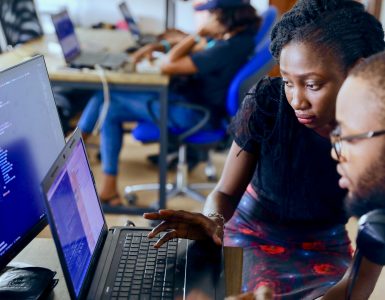 The last year has been rough for everyone. But for those just starting out their careers, the pandemic delivered particularly obstructive effects.  The junior software developer position is all about absorbing andRead more

Nearshore Americas is to release a new Ebook titled “The Digital Transformation of Nearshore CX”, illustrating how organizations can leverage the power of new digital technologies to enhance their customerRead more

Tropical getaways for tech professionals eager to escape their own concrete jungles have been big news over the pandemic. But Próspera, a new ‘prosperity hub’ off the coast of Honduras, is taking that simple idea to theRead more